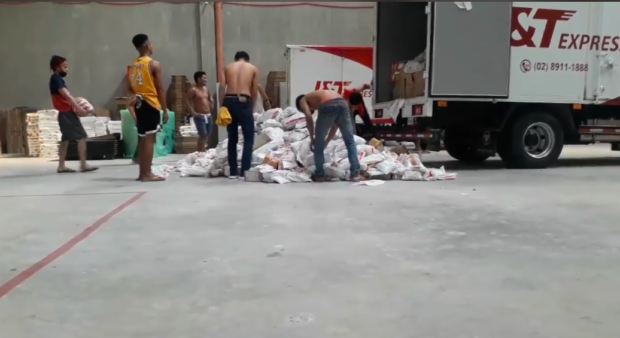 MANILA, Philippines — A courier company that drew flak for a viral video of its personnel mishandling items for delivery on Friday warned of taking “necessary actions” legally against “malicious posts” against the company published in social media.

In a statement on Friday, J&T Express asked netizens to exercise their freedom of speech properly, after it came to its attention that some malicious posts and already resolved cases have surfaced on social media.

These resurrected posts, the company said, brought a negative impact to their company, and threatened the livelihood of their employees.

“It has come to our attention that malicious posts and resolved cases have been posted, compromising the welfare of our thousands of employees nationwide, as well as their families. We are monitoring all platforms available and will take necessary actions legally,” the company warned.

“We highly encourage the public to practice their freedom of speech responsibly, and with the right thinking,” they added.

The controversies surrounding J&T started when a viral video showed cargo personnel unceremoniously tossing parcels and other items entrusted for their delivery, earning the ire of their customers.

The company said that the incident was an isolated case, vowing sanctions against the personnel identified in the video.

In the age of internet, J&T also bore the brunt of memes created by netizens involving the said company.  One of the memes centered on a previous incident where a J&T truck rammed into a house by the roadside, and then captioning it by saying that they are offering “door-to-door” deliveries.

Another meme involved a doctored photo of race car driver and celebrity Matteo Guidicelli — who also went viral for allegedly not taking care of his console gaming box — as a J&T employee.

The courier firm however appealed for understanding, saying that it has designated a hotline and opened its social media accounts to “working ‘round the clock,” so that it could attend to customer concerns immediately.