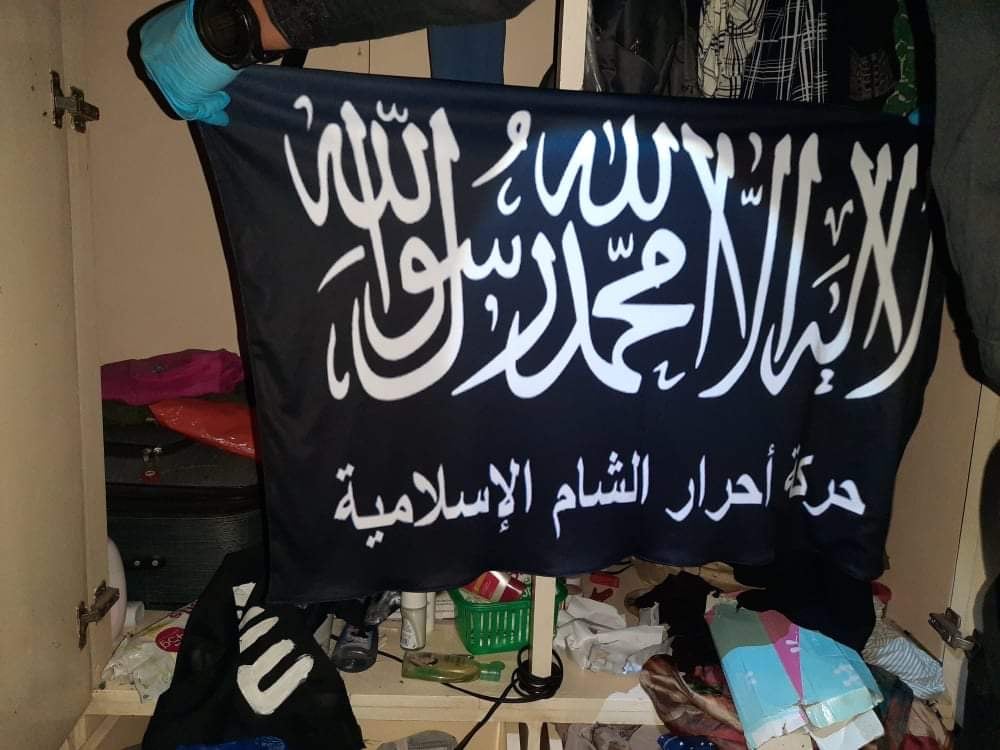 One of the black ISIS flags seized during a joint operation by the police and the military in Parañaque City. /NCRPO PIO

Sarmiento also noted that Sali is also a suspected member of the Abu Sayyaf Group.

Sarmiento said members of the Philippine National Police and the Armed Forces of the Philippines went to Sali’s house in Barangay Don Bosco to serve the search warrant issued against Sali at 12:26 midnight. The three other suspects were also inside the house.

The warrant was issued by Parañaque Regional Trial Court Branch 258 for violation of the Comprehensive Firearms and Ammunition Regulation Act.

The operation resulted in the shootout, police said.

‘That’s treason:’ Locsin curses as he bucks putting off 2022 polls amid COVID-19