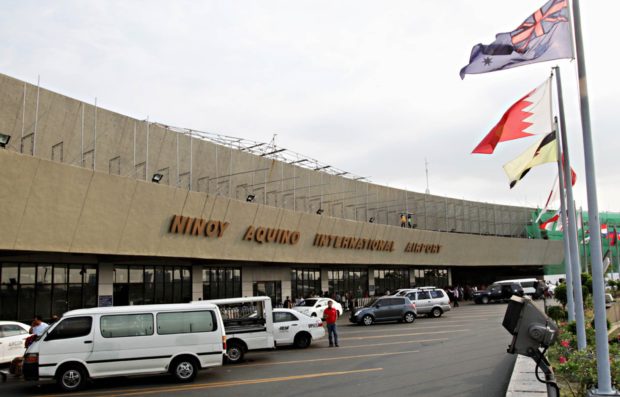 In filing House Bill No. 7031, Duterte as well as Marinduque Rep. Lord Allan Jay Velasco and ACT-CIS Representative Eric Go Yap said that with the proposed name, “the airport will easily be identified as the international doorway of the country, in view of it being in Filipino language and branding it as the international airport of the Philippines.”

“NAIA is the international gateway of the Philippines, being the biggest and largest international airport in the country. As such, there is a need to identify the same belonging to the Philippines. Hence, the proposed renaming to ‘Paliparang Pandaigdig ng Pilipinas’,” the lawmakers said in the bill’s explanatory note.

In a statement, Duterte said that the name “bears no color, no political agenda.”

“We need a more representative branding for the international gateway of our country, thus our proposal renaming NAIA to the Paliparang Pandaigdig ng Pilipinas. Aside from it bearing our country’s name, it is in our national language,” Duterte said.

“We want it to reflect the legacy of the Filipino people, our everyday heroes. The name bears no color, no political agenda. It only signifies our warmth as Filipinos in welcoming our own kababayans and foreign visitors,” the presidential son added.

Meanwhile, Velasco said that the proposal seeks to “reposition the Philippines as a choice tourist destination as we prepare to reopen the country to travelers once the pandemic is over.”

“I am confident that by doing so, it will provide us a competitive edge as our neighbors open their doors, too, to visitors. Changing the name of NAIA to Paliparang Pandaigdig ng Pilipinas gives every Filipino a great sense of pride and ownership of the country’s biggest and largest international airport,” Velasco said.

Likewise, Yap said that the name of the country should welcome our countrymen and tourists arriving in the country.

(There are other personalities who are also worthy to have institutions, roads and others named after them. But when it comes to the airport, it should reflect the country and the Filipino people.)

Republic Act No. 6639, which was enacted into law in 1987, renamed the Manila International Airport to NAIA.