Ex-cop, 2 others killed in Quezon shootout with PNP-AKG 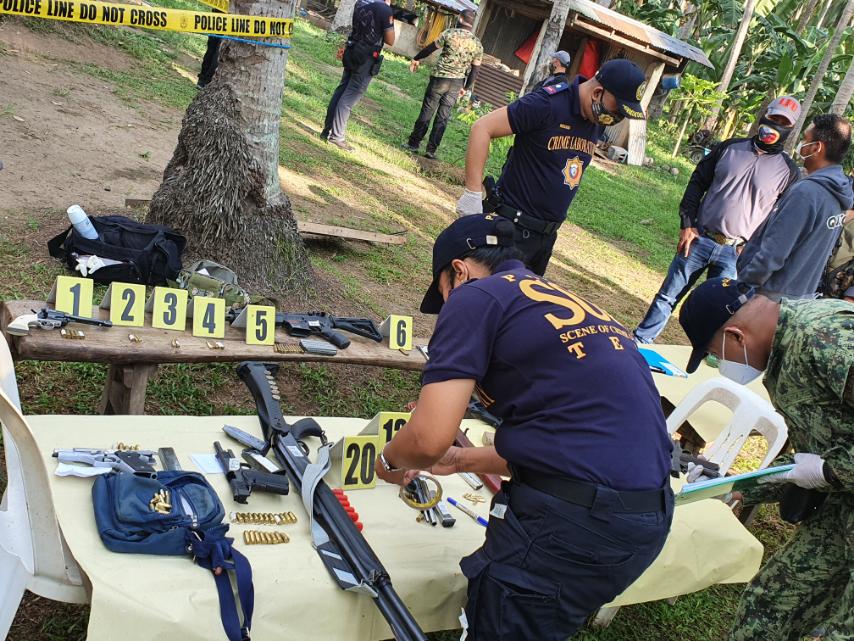 Police officers present the firearms seized during the service of a search warrant against two suspects in Tiaong, Quezon on June 25, 2020. /PNP-AKG PIO

MANILA, Philippines — A former police officer and two others were killed in a shootout with members of the Philippine National Police Anti-Kidnapping Group (PNP-AKG) in Quezon province early Thursday morning.

Members of the PNP-AKG went to Gutierrez’s house in Barangay Behia in Tiaong to serve search warrants for violation of Republic Act 10951 or the Comprehensive Firearms and Ammunition Regulation Act issued by Laguna Regional Trial Court against Gutierrez and Alcaria. Estomo said Alcaria was also present inside Gutierrez’s house.

Recovered from the crime scene were two cal. 5.56 rifles; a semi-auto shotgun; a cal. 45 revolver; a cal. 22 rifle; a cal. .380 pistol; 100 grams of shabu and other drug paraphernalia. Police officers also seized a cal. 45 pistol and a cal. 38 revolver from Gutierrez’s house.

Records from the AKG showed that Gutierrez was an intelligence operative at the Quezon PPO and was transferred to Bangsamoro Autonomous Region police but then went absent without official leave (AWOL).

Estomo said they are still trying to identity the third suspect.