Tarlac Catholic school turning into dorm for health, other workers on frontline of COVID-19 fight 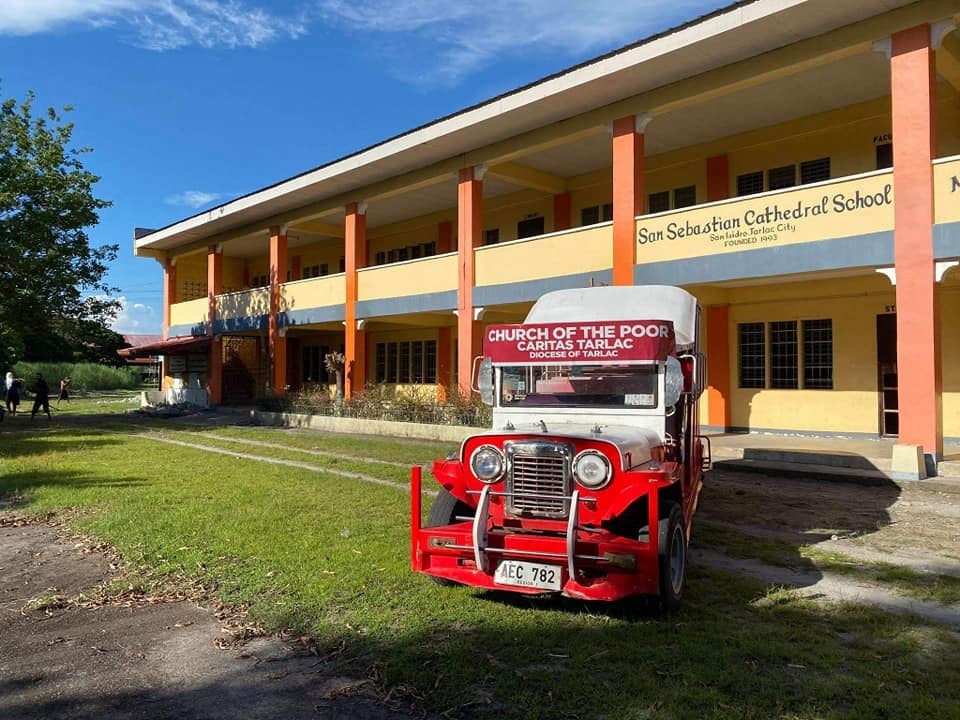 The building that used to house the Sebastian Cathedral School in Tarlac City being converted into a permanent shelter for workers on the frontlines of emergencies, including the ongoing pandemic. PHOTO BY LINGAP BASTE

TARLAC CITY—Seeing the need for a long-term response to calamities, the Diocese of Tarlac will convert an old two-story Catholic school here into a permanent shelter for workers on the frontline of emergencies.

Fr. Raymund Cruz, co-chair of the diocese’s Lingap Baste, said the diocese had started renovating the 12 classrooms of the former building of San Sebastian Cathedral School at San Isidro village. Lingap Baste is the diocese’s program to help health workers on the frontline of the battle against the ongoing COVID-19 pandemic.

Cruz said the old school, which will be called “Lingap Baste Center,” will serve as a dormitory and headquarters for relief operations during typhoons, earthquakes and other natural disasters.

He said restrooms are being refurbished and additional shower rooms will be installed in the building. Some of the classrooms will be turned into kitchens, conference rooms and offices.

Cruz said Lingap Baste has temporarily used the new San Sebastian Cathedral School building as a shelter for health workers on the frontline of fighting COVID-19 in the last two months. At least 70 policemen and five medical workers are currently staying there.

“Converting the old building into a dormitory for front-liners is seen as a long-term response for emergency situations like this pandemic,” said Cruz.

“We should be proactive when it comes to a crisis ,” Cruz told the Inquirer.

He said each room in the proposed dormitory can accommodate 20 people.