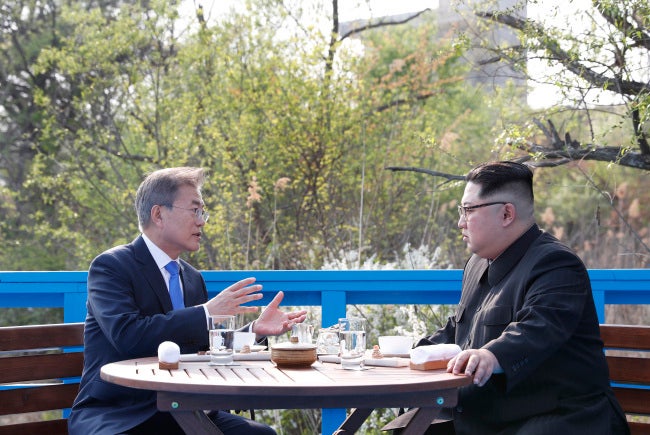 SEOUL — Seventy years have passed since the fratricidal war broke out, but an increasing number of South Koreans view reunification of the Korean Peninsula as a distant, even far-fetched, dream amid escalating tensions between the two Koreas.

Unification with the North is a goal enshrined in the South Korean Constitution, and a long-cherished national aspiration implanted in many South Koreans’ psyches with the popular song “Our Wish Is Unification.”

But as the two societies evolved in different directions and travel across the inter-Korean border has been prohibited for seven decades, the two Koreas now have little in common.

While the South achieved democracy and grew into the world’s 12th-largest economy, the North, ruled by a de facto dynasty starting with the regime’s founder, Kim Il-sung, and continuing with his grandson Kim Jong-un, is left with nuclear weapons and a barely surviving economy.

Due to the commonly held notion that unification with the North would incur huge costs and invite social unrest, a growing number of South Koreans would prefer that the two Koreas remain separate countries.

According to an annual survey conducted by the Korea Institute for National Unification, 1 in 2 South Koreans agreed with the statement that if the two Koreas can coexist peacefully, reunification is not necessary.

The percentage has continued to rise, from 43.1 percent in 2016 to 49.5 percent last year, and inched up again this year.

“I never thought much about unification, but if (the Koreas) can peacefully coexist, I don’t see why unification would be necessary,” said Lee Min-jung, who is on child care leave from work.

“I don’t think anyone would want something that makes their lives or their children’s lives difficult.”

Some say peaceful coexistence will never be guaranteed as long as the current leadership in Pyongyang stays in power.

“I guess the South and the North should reunify at some point. I hope it happens after the ‘Paektusan bloodline’ is removed from power, a new leadership in the North adopts democracy and North Korean society goes through certain changes over time,” said Lee Jung-woo, a 36-year-old office worker and father, referring to the term used by the North’s Kim dynasty to legitimize its iron-fisted rule since 1950. Paektusan is a mountain with great spiritual and cultural significance to both Koreas.

“All this may never happen. But if unification takes place prematurely, I think there will be extreme social conflict, and it could even be like (the South’s) colonization (of the North).”

Pyongyang’s renewed hostilities toward Seoul amid a deadlocked nuclear diplomacy lend weight to the view that the Kim regime has no intention of changing.

“Judging from their actions so far, I don’t think the North Korean regime would ever make any significant changes like allowing free travel to the South because all it cares about is its own survival,” Lee said.

Over three-quarters of North Korea experts in the South said Pyongyang had little or no intention of denuclearizing, according to a recent poll of 200 experts conducted by Korea University’s Ilmin International Relations Institute and commissioned by KINU.

Some South Koreans reject the logic of unification advocates, who hold that a wider domestic market would economically benefit Koreans on both sides of the Demilitarized Zone. Instead, they say integrating a destitute population of 25 million wouldn’t help the economy much.

“I hope the two sides pursue an economic win-win through exchange of labor and capital. Like Singapore, the South could issue work visas to eligible North Koreans based on the type of work they can do,” said Kim Sung-min, a mother of two children.

The idea that the Koreas should unify because they are “one people” is no longer convincing for many South Koreans.

“The old concept of unification, which is about recovering a single community of the Korean ‘minjok’ (race), must change as it is a product of imagination. The younger generation cannot understand it, and it is rather meaningless as over 2 million non-Koreans reside in South Korea already,” Lee said.

“President Moon Jae-in recently introduced a new concept of unification, in which everyone who lives on the unified Korean Peninsula is safe not just from war but also from terrorism, contagious diseases or environmental problems, and can pursue happiness. I think this could be a good start.”