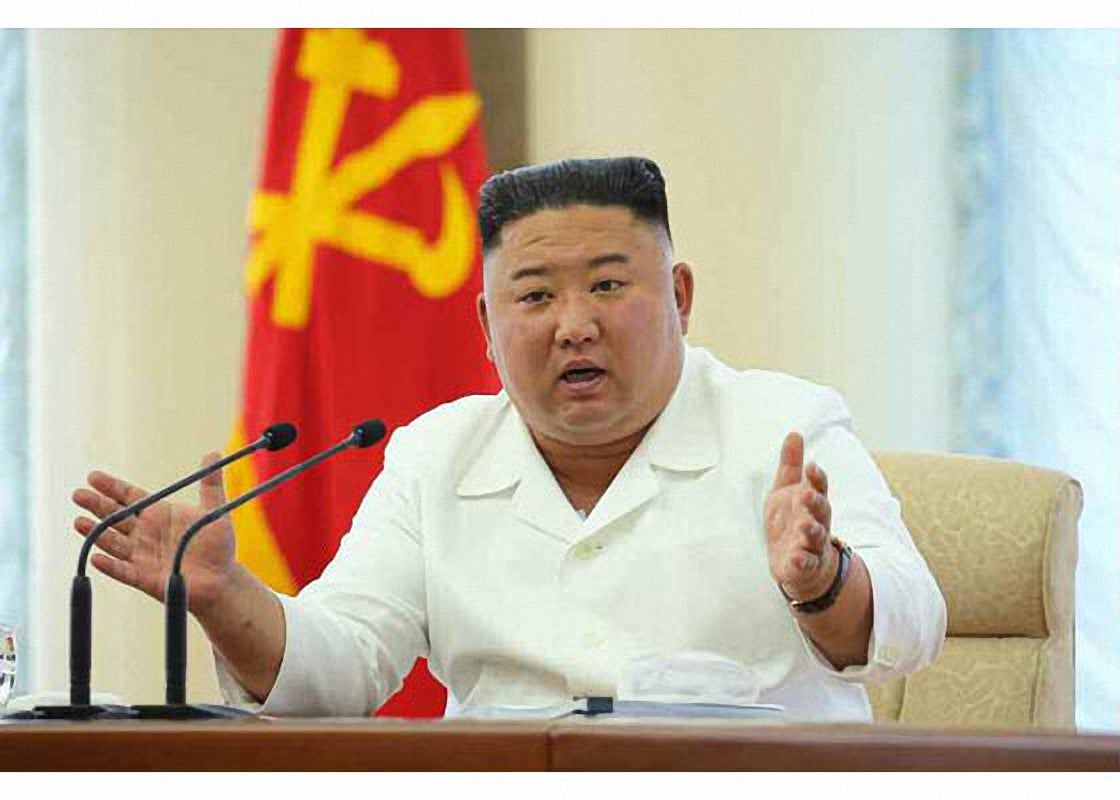 (Rodong Sinmun-Yonhap) via The Korea Herald

The decision came as a surprise because the North had widely been expected to convene a meeting of the Central Military Commission of the ruling Workers’ Party to endorse military action that its military has threatened to take against the South in anger over anti-Pyongyang leaflets.

Leader Kim Jong-un presided over a preliminary meeting of the Central Military Commission via videoconferencing Tuesday and decided to hold off on military action plans, the official Korean Central News Agency reported without elaborating.

“The meeting examined agenda items of major military policy to be laid before the fifth meeting of the Seventh WPK Central Military Commission and made a study of a report and decisions, which will be submitted to the fifth meeting, and some documents carrying the state measures for further bolstering the war deterrent of the country,” the KCNA added.

The KCNA, however, did not mention when a Central Military Commission meeting will be held.

North Korea has ratcheted up tensions by taking retaliatory steps against South Korea over the leafleting issue. It has called South Korea an “enemy” and cut off all cross communication lines, threatening more “punishment” is coming.

Last week, it blew up an inter-Korean liaison office that was created in its border town of Kaesong as a result of a 2018 summit between the two Koreas.

Pyongyang has said it will redeploy troops to border areas of Kaesong and Mount Kumgang, which were disarmed under inter-Korean agreements for joint business projects, and threatened to resume “all kinds of regular military exercises” near the border.

North Korea recently reinstalled military propaganda loudspeakers along the inter-Korean border after they were removed under the 2018 summit agreement.

North Korea’s state media outlets earlier said that Pyongyang is preparing to send around 12 million anti-South Korea propaganda leaflets via some 3,000 balloons and other means in a tit-for-tat move against leaflets dispatched from the South.

In response to Seoul’s call against it, the North said it has no intention to cancel its leafleting-sending plan cross the border, calling an inter-Korean agreement that bans such activity “a dead document.” (Yonhap)