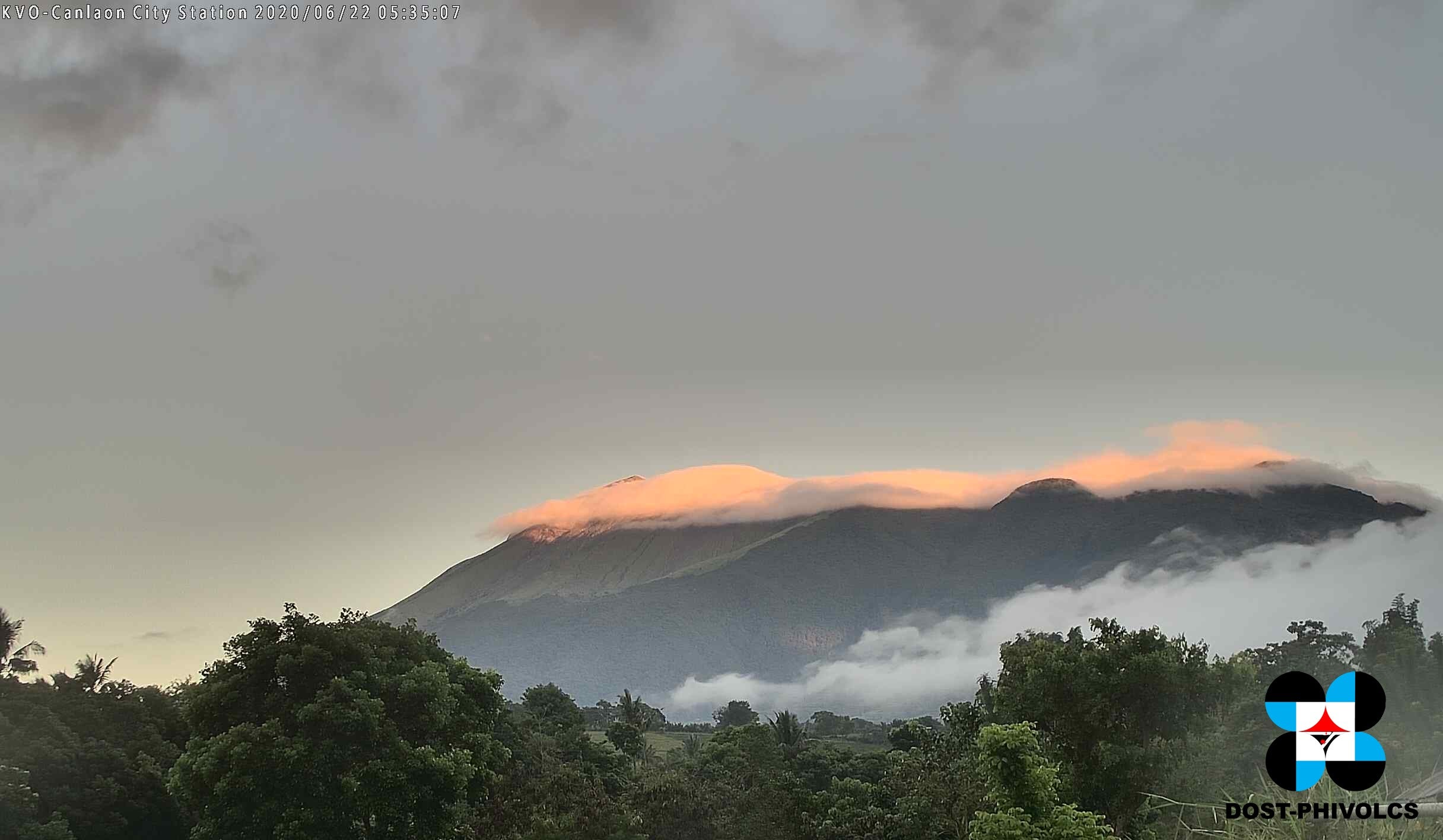 Views of the Kanlaon Volcano summit, taken from Canlaon City to its southwest during a series of earthquakes on the western flank. (Photo by Phivolcs)

MANILA, Philippines — A total of 38 volcano-tectonic earthquakes have been recorded from the western flanks of Kanlaon Volcano on Negros Island in the last 24 hours as it emitted white steam-laden plumes that rose 300 meters, the Philippine Institute of Volcanology and Seismology said Wednesday.

According to Phivolcs’ 8 a.m. bulletin, a 3.6 magnitude quake was recorded at 7 p.m. Tuesday by the Philippine Seismic Network and was felt at Intensity III in La Carlota City and at Intensity II in Bago City, Negros Occidental.

“Activity at the vent consisted of moderate emission of white steam-laden plumes that rose 300 meters before drifting southwest. Sulfur dioxide (SO2) emission was measured at an average of 438 tonnes per day on 13 June 2020,” said Phivolcs.

According to Phivolcs, these parameters indicate that hydrothermal or magmatic activity is occurring beneath the edifice.

Alert level 1, out of a maximum of 5, remains raised, indicating that the volcano is in “an abnormal condition and has entered a period of unrest.”

On Tuesday, Kanlaon Volcano’s seismic monitoring network recorded 104 volcano-tectonic earthquakes from the western flanks during the 24-hour observation period. It also observed “weak emission of white steam-laden plumes” that rose up to 300 meters before drifting northwest and southeast.

Entry into the four-kilometer radius permanent danger zone is strictly prohibited due to further possibilities of sudden and hazardous steam-driven or phreatic eruptions.

Phivolcs told civil aviation authorities to advise pilots to avoid flying close to the volcano’s summit as ejecta as materials spewed into the air from any sudden phreatic eruption can be dangerous to aircraft.