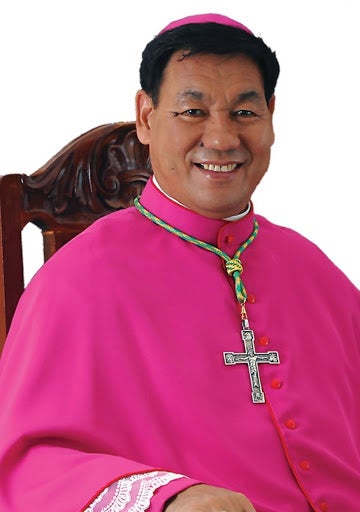 The Archdiocese of Cagayan de Oro also made the same announcement on social media.

“The Holy Father Pope Francis has appointed His Excellency Most Rev. Jose A. Cabantan, DD, presently bishop of the Diocese of Malaybalay, as the Archbishop of Cagayan de Oro,” the announcement read.

Prior to being archbishop-elect, Cabantan was the prelate of the Diocese of Malaybalay in Bukidnon.

He will replace Archbishop Antonio Ledesma who has reached retirement age two years ago.

Ledesma headed the archdiocese in 2006, after serving as bishop of the Ipil prelature in Zamboanga Sibugay from 1997.

A native of Langonglong town in Misamis Oriental, Cabantan is a chemical engineer who once worked for a mining firm in Surigao before entering the priesthood. He was ordained on April 30, 1990.

Apart from managing parishes, Cabantan was also involved in the formation of future priests as dean of studies, director, and formator in three seminaries.

In 2010, he was appointed bishop of Malaybalay.

Cabantan heads the Episcopal Commission for Basic Communities of the Catholic Bishops Conference of the Philippines.