N. Korea completes setting up some 20 loudspeakers along border 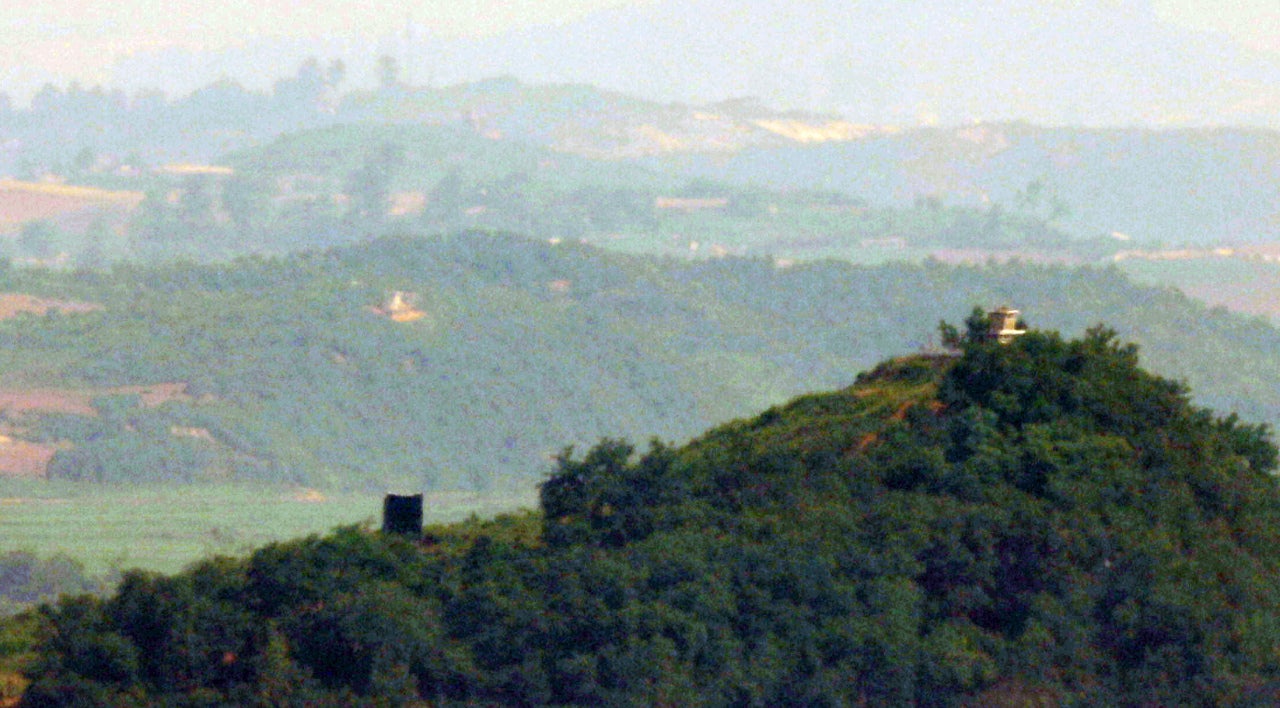 SEOUL — North Korea has completed setting up around 20 propaganda loudspeakers in regions along the inter-Korean border, about half of which had been removed under a 2018 summit agreement with South Korea, a military source said Tuesday.

The North was first seen reinstalling the loudspeakers inside the Demilitarized Zone separating the two Koreas on Sunday in the latest in a series of actions ramping up tensions on the Korean Peninsula in anger over anti-Pyongyang leaflets sent across the border by defectors and other activists here.

The North could install more, as it had previously operated around 40 loudspeakers.

Pyongyang is expected to resume broadcasting through the loudspeakers, along with the sending of anti-Seoul leaflets, after winning approval from the ruling Workers’ Party’s central military commission.

Announcing its plan to take a series of retaliatory actions against the South on Wednesday, the North’s military said it will present its action plans to the commission “for ratification at an earliest date.”

South Korea is mulling over how to respond to the North’s apparent push to resume psychological warfare, as restoring its own loudspeakers would also be a move violating their inter-Korean summit agreement.

After the first summit between President Moon Jae-in and North Korean leader Kim Jong-un on April 27, 2018, the two Koreas agreed to halt all hostile acts against each other, including broadcasting through loudspeakers and distributing leaflets.

The defense ministry said Monday it is closely monitoring the North’s moves, adding that the military is “fully ready to immediately respond to various possibilities.”

“We have already said North Korea will have to pay the price if it takes action that thwarts efforts that the South and the North have made together to move inter-Korean relations forward and keep peace on the Korean Peninsula,” ministry spokesperson Choi Hyun-soo said during a regular press briefing.

“We will sufficiently take necessary action depending on the situation,” she said. (Yonhap)