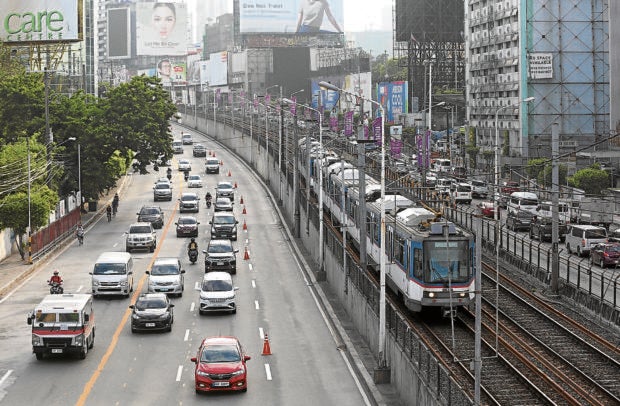 MANILA, Philippines — The Department of Transportation (DOTr) has defended the “Edsa Busway,” calling it “the right way” for Metro Manila’s busiest thoroughfare.

In an open letter on Monday, the DOTr defended its ongoing plan to reconfigure Edsa, which Sen. Nancy Binay described as “an ill-timed and hastily crafted virtual experiment, which placed public safety as a secondary concern.”

According to the DOTr, the new busway was not a new concept but a takeoff from the planned bus rapid transit system and median bus lanes proven to be “one of the more effective mass transport systems in the world.”

In May, transport officials, with the Department of Public Works and Highways and the Metropolitan Manila Development Authority, announced plans to transform Edsa to make it more friendly for commuters, pedestrians and cyclists.

Under the Edsa Busway, the dedicated bus lanes would be moved from the outermost to the innermost lanes, right beside the Metro Rail Transit (MRT) 3.

The former bus lane would be turned over to bicycles, leaving the center of the thoroughfare for private and other vehicles.

The DOTr assured the public that the “safe and protected” bus stops would complement the existing MRT 3 structures with enforcers and traffic marshals stationed at each one. Special lifters would also be installed to make the bus stops accessible to persons with disabilities and senior citizens.

“The Edsa busway allows for seamless movement of high-capacity [public utility vehicles and] allows buses to run without interruption and at faster speed … , [ensuring] faster travel time for commuters,” it said.

“It is intended to establish a more predictable route schedule [and] will result in more people movement, faster turnaround time and more trips for buses,” it added.

The DOTr said it had coordinated with road transport experts and stakeholders, including commuter groups and community leaders, to come out with a plan “centered highly on eradicating decades of car-centered policies that have clogged roads and “oppressed [the] majority of the public who commute to work.”

“While the good senator may have the best intention in calling us out in the media on the subject, we are honestly disappointed and frustrated that this initiative to serve the riding public with a better mass transport system is being derided by no less than our fellow government officer, without even giving us the opportunity to explain nor present the plan,” it said.