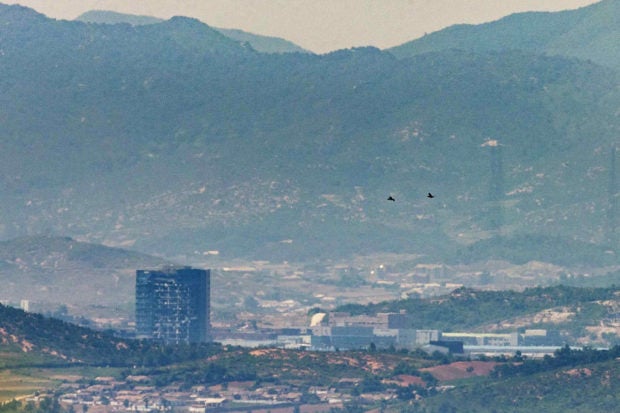 SEOUL — North Korea is reinstalling propaganda loudspeakers in regions along the inter-Korean border after removing them under a 2018 summit agreement with South Korea, military authorities said Monday.

After the summit between President Moon Jae-in and North Korean leader Kim Jong-un on April 27, 2018, the two Koreas agreed to halt all hostile acts and eliminate their means, such as broadcasting through loudspeakers and distribution of leaflets.

But the communist country threatened to launch anti-South leaflet campaigns and to implement other actions against what it called the enemy in protest over Seoul’s failure to stop defectors from conducting anti regime propaganda leaflet campaigns.

According to the military sources, signs have been detected that North Korea has been setting up loudspeakers again inside the Demilitarized Zone. Yonhap