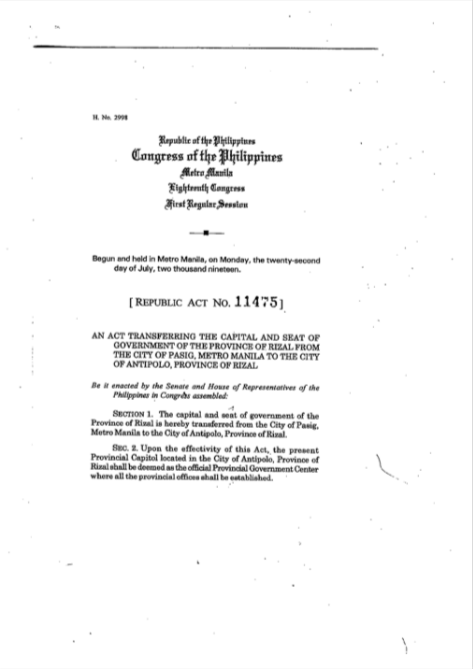 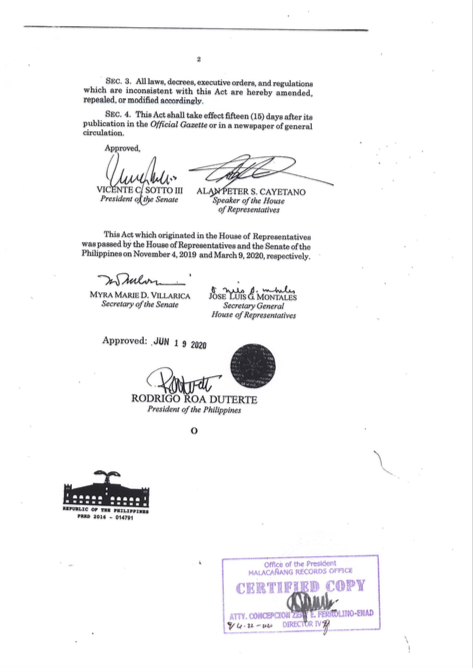 MANILA, Philippines— President Rodrigo Duterte has signed into law a bill transferring the capital and seat of government of Rizal province from Pasig City to Antipolo City.

The President signed Republic Act No. 11475 on June 19, according to a copy of the law released to the press Monday.

“Upon the effectivity of this Act, the present Provincial Capitol located in the City of Antipolo, Province of Rizal shall be deemed as the official Provincial Government Center where all the provincial offices shall be established,” the law stated.

The law takes effect 15 days after its publication in a newspaper or the Official Gazette.

Pasig City was among the towns included in Rizal when it was declared a province in 1901.

In 1975, Pasig City was taken out of Rizal’s jurisdiction and became part of Metro Manila.

Meanwhile, it was in 2009 when Antipolo served as the de facto capital of Rizal province after the establishment of the provincial capitol building in the city.