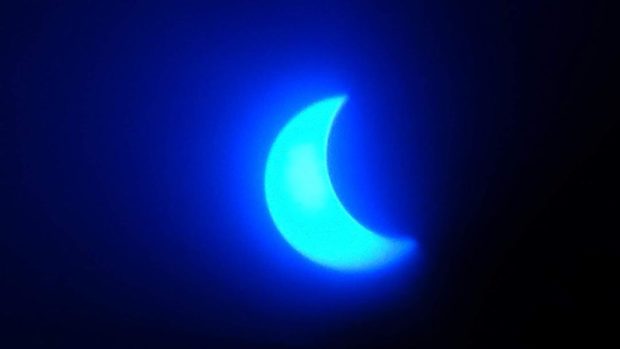 TAGBILARAN CITY – Jerwin Jala was excited to watch Sunday’s annular solar eclipse that would dim parts of Asia and Africa.

At noon, however, it rained so hard here, making it impossible to see the rare occurrence.

At around 2 p.m., the rains stopped, the skies cleared, and the sun appeared.

Jala and his family immediately took dark eyeglasses and old film camera negatives or strips of transparent plastic film to take a glimpse of the eclipse.

His cousins also prepared basins of water to see the eclipse through its reflection from the container. 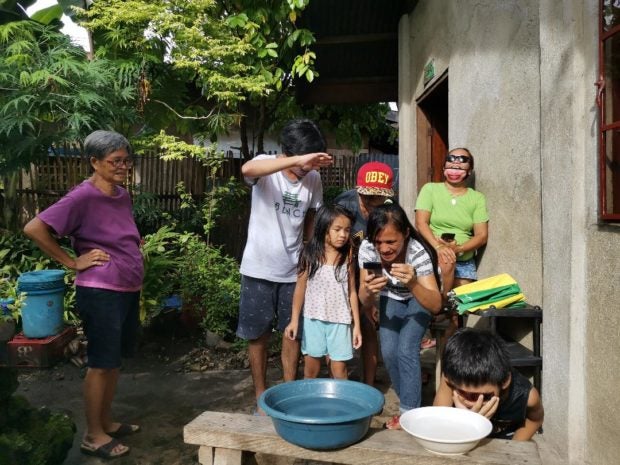 The annular solar eclipse coincided with the longest day of the year on Sunday, June 21, when people also celebrated Father’s Day.

An annular eclipse happens when the sun, moon, and earth align, and the moon is at its furthest distance from the earth.