‘Why not a Black woman?’ Consensus grows around Biden’s VP 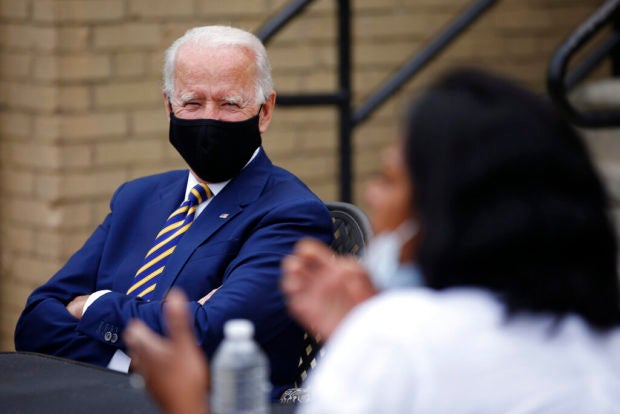 WASHINGTON — Joe Biden is facing growing calls to select a Black woman as his running mate as an acknowledgment of their critical role in the Democratic Party and a response to the nationwide protests against racism and inequality.

The shifting dynamics were clear late Thursday when Amy Klobuchar took herself out of contention for the vice presidency. The Minnesota senator, who is white, told MSNBC that “this is a moment to put a woman of color on that ticket.”

Biden, the presumptive Democratic presidential nominee, has already pledged to select a woman as his vice president to energize the party’s base with the prospect of making history. But following the outrage over the police killing of George Floyd last month, many Democratic strategists say there’s growing consensus that the pick should be a Black woman.

“Like it or not, I think the question is starting to become, ‘Well, why not a Black woman?’” said Karen Finney, a spokesperson for Hillary Clinton’s 2016 campaign.

Finney, who was one of 200 Black women who signed a letter to Biden encouraging him to select a Black woman for his ticket, warned that the former vice president could face a backlash if he chose a white woman.

Massachusetts Sen. Elizabeth Warren, who is white, is also leading contender. Another possibility who is white, Michigan Gov. Gretchen Whitmer, said last month that she had opening conversations with Biden’s team about potentially serving as vice president. In a Thursday interview, she said, “Beyond that, there’s just not much new to report.”

Antjuan Seawright, a veteran Democratic strategist, said the current moment calls for someone who understands the challenges faced by Black Americans.

“There’s a renewed sense of urgency around the need to have someone who can speak to the experiences of today and advocate for the promises of tomorrow when it comes to populations of constituencies in this country who’ve been left out for a very long time,” he said.

Klobuchar’s decision was in part a reflection of the fact that her own chances at getting the VP nod diminished after Floyd’s killing.

She was a prosecutor years ago in the county that includes Minneapolis, and during that period, more than two dozen people — mostly people of color — died during encounters with police. Floyd’s death last month set off days of protests across the country and criticism that as the county’s top prosecutor, Klobuchar didn’t charge any of the officers involved in citizen deaths.

Officer Derek Chauvin, who was charged with Floyd’s murder, was involved in a fatal October 2006 shooting of a man accused of stabbing people and aiming a shotgun at police. Klobuchar’s successor as prosecutor, Mike Freeman, sent Chauvin’s case to a grand jury, which was customary practice for the office at the time, and the grand jury in 2008 declined to prosecute. Freeman has said Klobuchar, who won election to the Senate in November 2006 and took office in January 2007, had no involvement in the Chauvin case.

But her decision this week to endorse a woman of color is certain to complicate the pitches of other white contenders.

In conversations with a half-dozen Democrats, none would rule out Warren, who’s been actively engaging with Black activists and leaders since exiting the Democratic presidential race and won plaudits from some former skeptics for her outreach. But privately, many acknowledged that her chances have dimmed following Klobuchar’s remarks.

“I think Elizabeth, if she wants the job, has got to make the case for not only why she would be the best vice president of the people he’s considering, but why she would be the best person to put on the ticket electorally,” said Heidi Heitkamp, a former Democratic senator from North Dakota who served with Warren. “If she can make that persuasive argument, you can’t rule her out.

Heitkamp said she’s long believed Biden should choose a Black woman, in part because of the current political climate, but also because Black women are some of the Democratic Party’s most loyal voters. And she suggested Klobuchar’s comments Thursday night reflected the views of many of those within the party.

“I think it was incredibly generous of her to bow out and to say what I think a lot of us are thinking, which is that the time has come to recognize the contributions and the capabilities of a lot of women who may otherwise get passed over,” she said.

The debate among Democrats about Biden’s vice presidential pick has divided among competing and sometimes contradictory views within the party about the best path to victory in November.

Warren was long the favorite of those who felt strongest that Biden needed to win over skeptical progressives. But Seawright argued that Klobuchar’s comments helped refocus the conversation.

“I think that when Klobuchar and others use intentional commentary like she did, I think it helps push back on some of these conversations being had about geographics, the flavor within the party, progressive versus moderate, etc.,” he said. “When intentional conversations like she had last night come about, it really turns down the noise and really focuses on the lyrics of what’s important.”