Acosta aunt turns against him 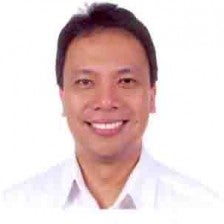 A coaccused and aunt of presidential adviser Nereus Acosta in a graft case wants to turn state’s evidence against her nephew.

Ma. Nemia Bornidor on Monday asked the Sandiganbayan to defer the proceedings in the case pending resolution by the Office of the Ombudsman of her petition for discharge as a state witness.

In a motion filed Monday before the antigraft court, Bornidor said the Ombudsman had yet to decide on her petition which she filed on Oct. 11, 2011.

Until the matter has been laid to rest, the Sandiganbayan Fourth Division should hold in abeyance the trial of the graft case, Bornidor said in her motion.

“Under these circumstances, it is highly proper and necessary that the continuation of the trial of this case be deferred in order to give time to the Office of the Ombudsman to resolve such petition, considering that the prosecution has no more witnesses to present and the approval of such petition will necessarily give it another prosecution witness to present,” she said.

She also noted that during the last hearing of the case on October 24, the prosecution told the court it had no more witnesses to present but had not yet rested its case. That was also when the court was informed of her petition.

She said that despite Acosta’s objection, the court canceled the October 25 hearing in order to give the Office of the Ombudsman time to resolve her petition.

Bornidor and Acosta are accused of violating the antigraft law in connection with the release of P2.5 million in financial assistance from Acosta’s Priority Development Assistance Fund or pork barrel to the Bukidnon Integrated Network of Home Industries Inc. (Binhi), a nongovernment organization.

Binhi was allegedly given unwarranted benefits in the transaction. Bornidor, Acosta’s aunt, was Binhi’s project coordinator. She also said she was his former chief political affairs officer.

The transaction took place in 2001 when Acosta was the Bukidnon representative in Congress. Acosta is now the presidential adviser on environmental protection and also chairs the Laguna Lake Development Authority.

Acosta declined to comment on the case. When reached by the Philippine Daily Inquirer on Monday, Acosta said he was advised by his lawyer to keep quiet on the issue as it was already in court.  With a report from Cathy Yamsuan