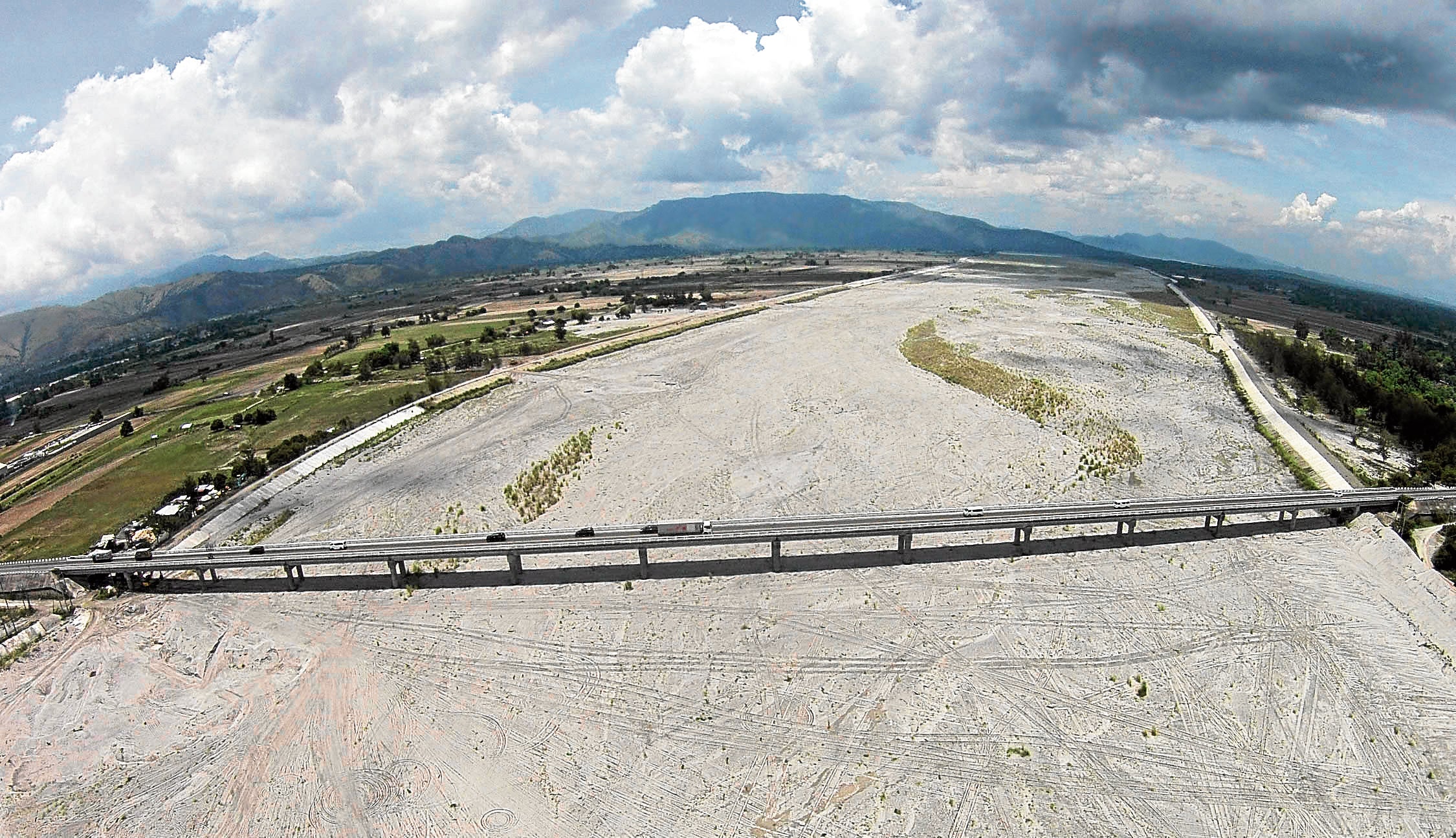 CITY OF SAN FERNANDO—When Mt. Pinatubo erupted 29 years ago, it spewed out 5 to 7 billion cubic meters of ash, sand, mud, stones and rocks. The volcano, which straddles the provinces of Pampanga, Tarlac and Zambales in Central Luzon, claimed the lives of over 1,000 people.

It also destroyed P12 billion worth of crops, infrastructure and property from 1991 to 1992 and left about P480 million in business losses. The government spent P40 billion in rebuilding the region.

But since its major eruption on June 15, 1991, Pinatubo’s volcanic debris continues to cover large areas around it. Strong rains washed down the debris, called lahar, to eight big rivers in the three provinces toward Manila Bay and the West Philippine Sea.

Three-fourths of the total lahar volume fell on the volcano’s Zambales side, according to Noel Lacadin, chief geologist of the Mines and Geosciences Bureau (MGB) in Central Luzon. Sand deposits in Zambales are still found in the river beds of Sto. Tomas and Bucao, with some reaching 10 to 15 meters higher than the villages.

“Sand is overflowing in Zambales. The Botolan airfield remained buried to date,” Lacadin told the Inquirer by phone on Wednesday. He was stationed at the lahar watch point Delta 10 during the 1991-1993 lahar seasons.

The Department of Public Works and Highways (DPWH), the Department of Environment and Natural Resources (DENR) and the MGB have encouraged dredging early this month to clear the river channels, Lacadin said.

Dredging is allowed in Sto. Tomas, Maculcol and Maloma rivers because the bridge in the area is left with a 2-m clearance underneath, said Roseller Tolentino, DPWH regional director.

Zambales Gov. Hermogenes Ebdane Jr. said dredging activities were meant to “create jobs and help the local economy.” Part of the provincial government’s recovery plan to boost the local economy after the community quarantine is to prioritize the dredging projects, he said.

Dredging operators would collect the lahar sand that had accumulated at the mouth of Bucao, Maloma and Sto. Tomas-Maculcol rivers and would ship these to buyers outside the country.

“Every year, the river beds rise by a meter. And periodically, the province and the DPWH had to raise the height of the dikes that border these rivers to protect the outlying villages,” Ebdane said.

In Pampanga, quarry activities have redefined the river channels, restored water flows and eroded old structures. Because the province is closest to Metro Manila where construction projects are in need of sand, sediments have diminished over time and are waiting to be replenished when rains wash these down mainly to the Pasig-Potrero River.

The provincial government has been averaging P50 million a month in quarry taxes and fees since July 2019.

“There is need for the judicious management of sand [to make it beneficial to many],” Lacadin said.

Sand is largely used in building construction. In the 1980s, San Miguel Corp. ran a magnetic operator in Porac town in Pampanga to obtain silica for making glass bottles for beer. The enterprise has not been revived, Lacadin said. —WITH A REPORT FROM JOANNA ROSE AGLIBOT