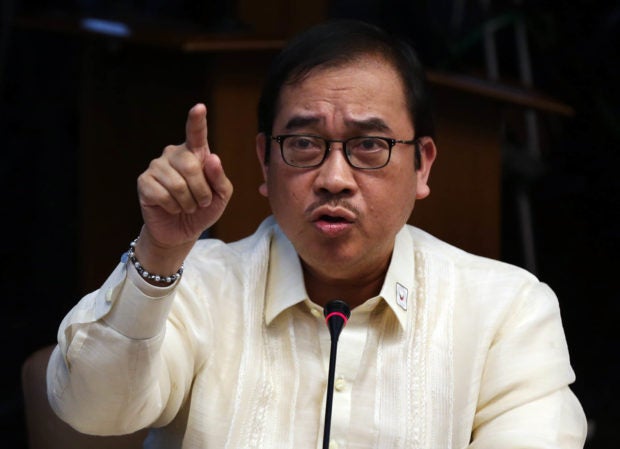 Leachon asserted in an interview that he was just telling the truth when he criticized how DOH has been handling the coronavirus epidemic in the country.

(Secretary Roque and Secretary Duque requested my removal. What is wrong for telling the truth? That’s transparent.)

Leachon then noted that even Ombudsman Samuel Martires ordered an investigation on Duque and other DOH officials and employees for alleged “irregularities and anomalies” in the agency’s response to the COVID-19 pandemic.

READ: Duque should ‘step up’ amid calls for resignation, says task force adviser

He likewise recalled how he also experienced a seemingly similar treatment during the Dengvaxia controversy.

And so he urged government officials to not let their personal interests go above the welfare of the public amid the ongoing crisis.

But in a televised briefing, Roque denied that he and Duque had a hand in the removal of Leachon as a special adviser to NTF.

“He (Leachon) is giving me too much credit,” said Roque.

(I am just the national speaker. I do not have any power to compel him to resign.)

INQUIRER.net reached out to Duque for his comment on the issue but he has yet to respond as of posting time.

In an interview with CNN Philippines on Wednesday, Leachon said he thinks he was “asked to resign” from NTF, adding that Galvez told him that Duque and Roque did not like his recent social media posts about DOH.

In a statement, NTF against COVID-19 chief implementer Sec. Carlito Galvez said they had to “let go” of Leachon because NTF and the Inter-Agency Task Force on Emerging Infectious Diseases are “collegial bodies that have to work in sync with each other.”

According to Galvez, Leachon’s preemptive releases of some information prior to official announcement and adoption have “jeopardized” the communication efforts of NTF and IATF, and caused “unwarranted misunderstanding between the two agencies that should be working together.”

Ex-COVID task force adviser: I have no ambition to be DOH chief