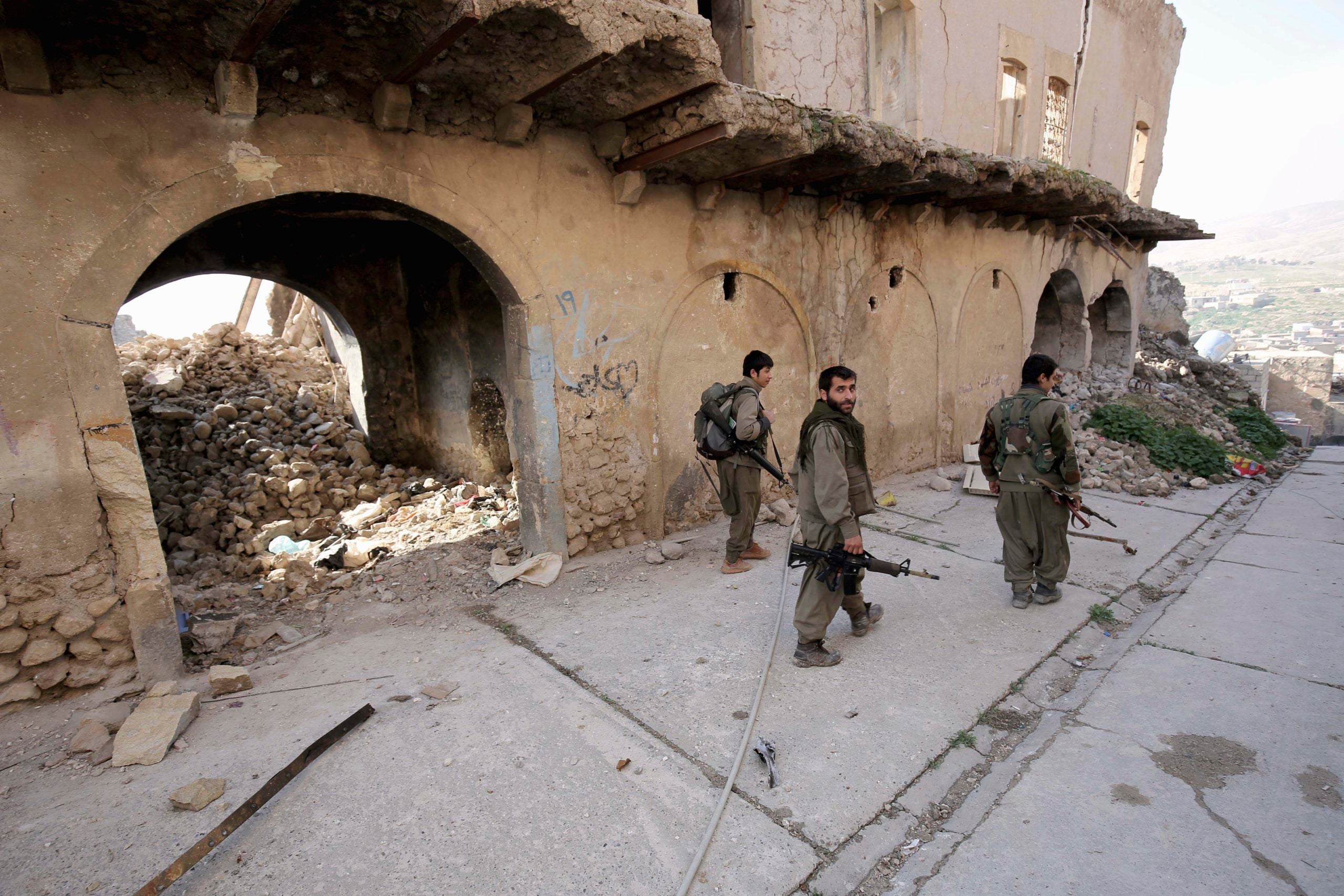 The airborne offensive into Iraq’s border region of Haftanin, some 15 kilometers (9 miles) from the Turkey-Iraq border, was launched following intense artillery fire into the area, said the Defense Ministry in Ankara.

The operation by commando forces is being supported by warplanes, attack helicopters, artillery and armed and unarmed drones, according to the ministry’s statement posted on Twitter. It did not say how many troops are involved.

The ministry said the operation follows “increasing harassment and attempts to attack” military outposts or bases inside Turkey, near the border area. It said the Turkish forces would target other “terror” groups in the region, but did not name them.

“Operation Claw-Tiger is continuing successfully as planned,” the ministry said. It shared videos of Defense Minister Hulusi Akar overseeing the mission at a command center in Ankara.

Turkey regularly carries out air and ground attacks against the outlawed Kurdistan Workers Party, or PKK, which it says maintains bases in northern Iraq. Wednesday’s was the first known airborne and land offensive.

It came days after Turkey launched an air operation in the region, which the Defense Ministry said hit suspected PKK targets in several locations in Iraq’s north, including Sinjar, and targeted 81 rebel hideouts.

“Turkey continues its fight against terrorists using the rights based on international law,” said Omer Celik, the deputy chairman of President Recep Tayyip Erdogan’s ruling party. “It is our most natural right and duty to fight terrorists who attack our borders, citizens, and security forces.”

There was no immediate reaction from the PKK or from Baghdad and northern Iraq’s semi-autonomous Kurdish region.

Iraq’s government, however, summoned the Turkish ambassador on Tuesday to protest against the aerial offensive.

The PKK has led a decades-long insurgency in Turkey’s mainly Kurdish southeast region. It is considered a terrorist organization by Turkey, the United States, and the European Union. The conflict has led to the loss of tens of thousands of lives since it started in 1984.