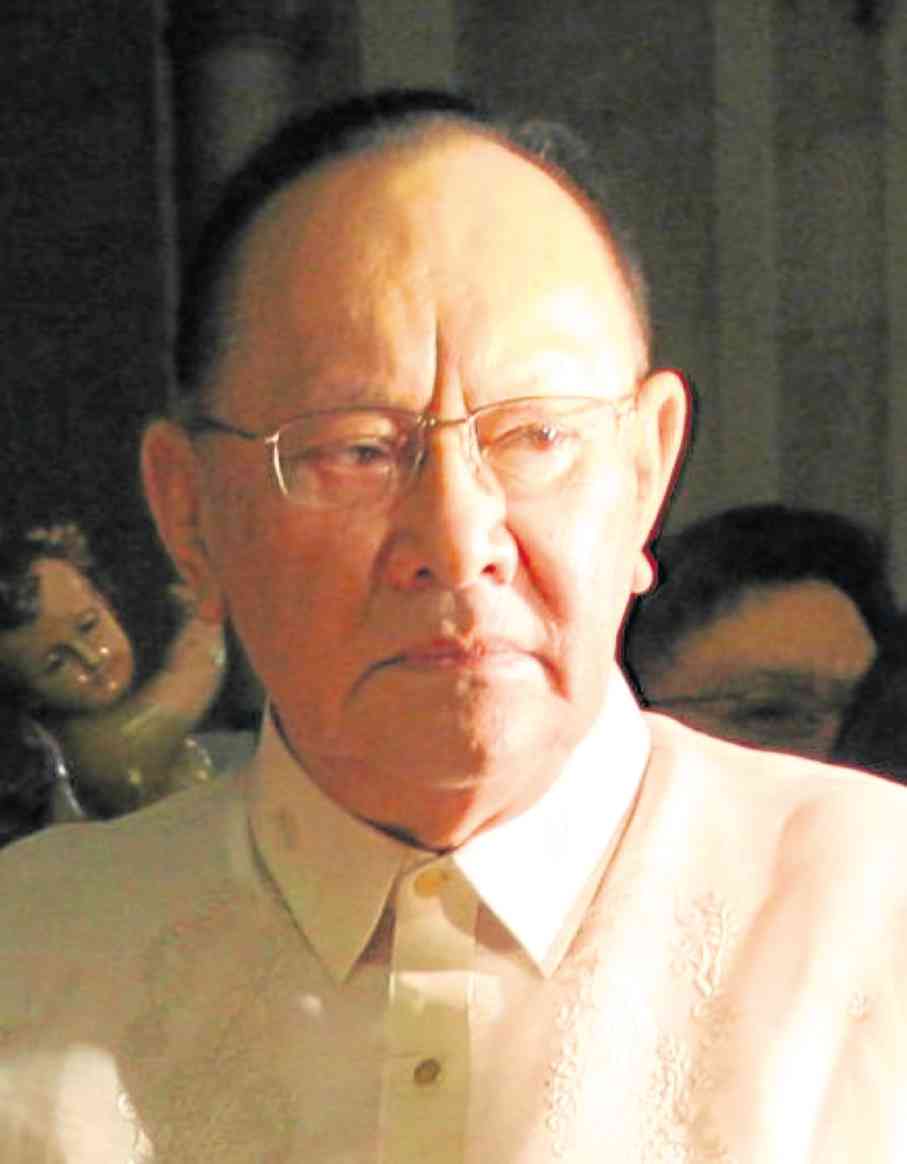 Presidential spokesperson Harry Roque on Wednesday expressed sadness over the death of Cojuangco, chairman and chief executive officer of San Miguel Corporation, the largest food and beverage conglomerate in the country.

“We are deeply saddened by the passing of Mr. Eduardo ‘Danding’ Cojuangco, Jr.,” said Roque in a statement.

A report from dzRH claimed Cojuangco died due to lung cancer.

INQUIRER.net sources said the tycoon was immediately cremated, and that the family has decided to have a private wake due to quarantine regulations.

Aside from SMC, his flagship company, Cojuangco was also chairman of Petron Corporation and various other enterprises.

A former ambassador to the United States, Cojuangco’s influence also spread over to politics, being the chairman of the Nationalist People’s Coalition party.

Cojuangco was formerly known as a political kingmaker in Negros Occidental and other parts of the country.  

He ran for president in 1992 but lost to Fidel Ramos.

The businessman is also a known to be a sports aficionado, being a patron to many sporting events in the country.

In a tweet, the Philippine Basketball Association paid tribute to Cojuangco, for his “countless contribution” to the PBA, and to Philippine sports.

Thank you for your countless contribution to the PBA and 🇵🇭 sports!

Our prayers and condolences to his family and loved ones.

“Thank you for your countless contribution to the PBA and sports. Our prayers and condolences to his family and loved ones,” PBA said.