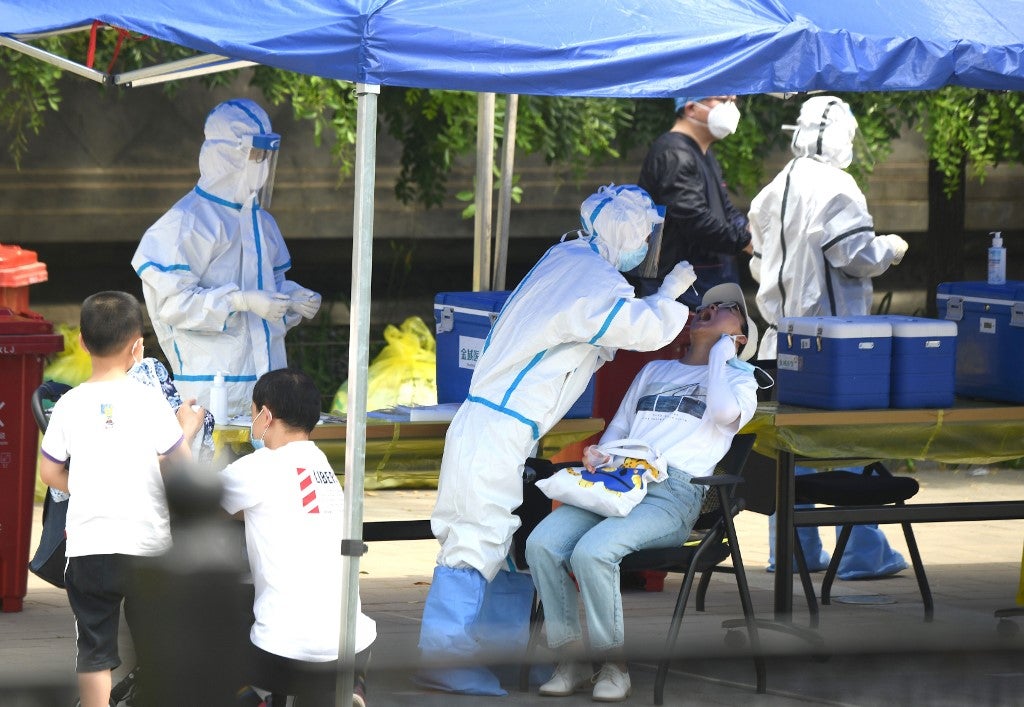 BEIJING — The coronavirus situation in China’s capital is “extremely severe”, a city official warned Tuesday, as 27 new infections were reported from Beijing where a new cluster has sparked a huge trace-and-test programme.

The COVID-19 resurgence — believed to have started at the sprawling Xinfadi wholesale food market in the capital — has sparked alarm as China had largely brought its outbreak under control through mass testing and lockdowns imposed earlier in the year.

The new cases took the number of confirmed infections in Beijing over the past five days to 106, as authorities locked down almost 30 communities in the city and tested tens of thousands of people.

“The epidemic situation in the capital is extremely severe,” Beijing city spokesman Xu Hejian warned at a press conference.

The World Health Organization had already expressed concern about the cluster, pointing to Beijing’s size and connectivity.

Officials in the capital have said they will test stall owners and managers at all of the city’s food markets, restaurants and government canteens.

Beijing’s coronavirus testing capacity has been expanded to 90,000 a day, according to China’s official news agency Xinhua.

On Tuesday, the capital’s transport commission banned taxi- and ride-hailing services from driving out of the city, Xinhua reported, in another move to try and contain the new outbreak.

All indoor sports and entertainment venues in Beijing were ordered to shut on Monday, and some other cities across China warned they would quarantine those arriving from the capital.

The National Health Commission also reported four new domestic infections in Hebei province, which surrounds Beijing, and a case reported in southwestern Sichuan province was linked to the Beijing cluster.

Authorities were also racing to track people from Beijing who had travelled to other parts of China, and those who visited the capital have been encouraged to get tested.

Authorities shut down another market on Tuesday — Tiantaohonglian in the central Xicheng district — after one employee there was diagnosed with COVID-19, state broadcaster CCTV reported.

Seven residential estates surrounding that market were also locked down.

In total, Beijing officials said Tuesday they have disinfected 276 agricultural markets, closed 11 markets, and disinfected more than 33,000 food and beverage businesses in a bid to stamp out the new cluster.

Officials had warned Sunday that since May 30, 200,000 people had visited the Xinfadi market — the original site of the new outbreak.

More than 8,000 workers from Xinfadi have been tested and sent to centralised quarantine facilities.

Until this recent outbreak, most of China’s cases in recent months were nationals returning home as the pandemic spread to other countries.

China’s Center for Disease Control and Prevention said Monday that the virus strain found in the Beijing outbreak was a “major epidemic strain in the European countries”.

While the virus was detected on chopping boards used to handle imported salmon at Xinfadi, “it does not clearly or definitely indicate it’s from imported seafood”, Wu Zunyou, the body’s chief epidemiologist, said in an interview with state broadcaster CCTV.

“Ever since new cases suddenly emerged in Beijing, we have tried to figure out the reasons for the outbreak since there were no COVID-19 cases found over the past two months,” Wu Zunyou said.

“We came up with several possibilities, and the most likely one is that the carrier of the novel coronavirus comes from outside China or other parts of China and brought it here.”

On Tuesday, another eight imported cases were reported.