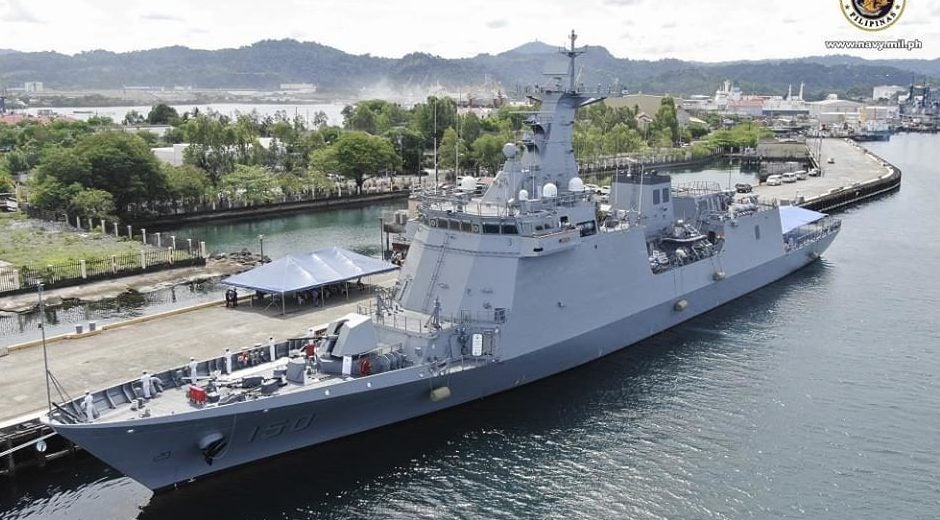 The Navy did not elaborate on what the unavoidable circumstances were.

The frigate was supposed to be commissioned on June 19, the birthday of the ship’s namesake Dr. Jose Rizal.

President Rodrigo Duterte is expected to be the guest of honor and speaker at the event once a new date is set for the ceremony, the Navy said.

The ship, the first of two frigates built by South Korean shipbuilder Hyundai Heavy Industries (HHI) for the Philippine Navy, will first undergo technical inspection and acceptance prior its commissioning.

The future BRP Jose Rizal, which arrived from South Korea in late May, was officially welcomed at Alava Wharf in Subic Bay on Monday by officials led by Philippine Fleet commander Rear Admiral Loumer Bernabe.

“The addition of the FF-150 in the current fleet inventory provides a significant boost to the fulfilment of the Philippine Navy’s thrust of having a modern and multi-mission capable platform,” the Navy said in its statement.

The ship’s crew, headed by Capt. Jerry Garido, just finished a two-week quarantine which was required by COVID-19 health protocols.

The Philippine government signed a deal with HHI for the two frigates for P16 billion in 2016. The second ship is expected to be delivered in late 2020.

Controversy marred the selection of the combat management systems for the big-ticket project in 2017.