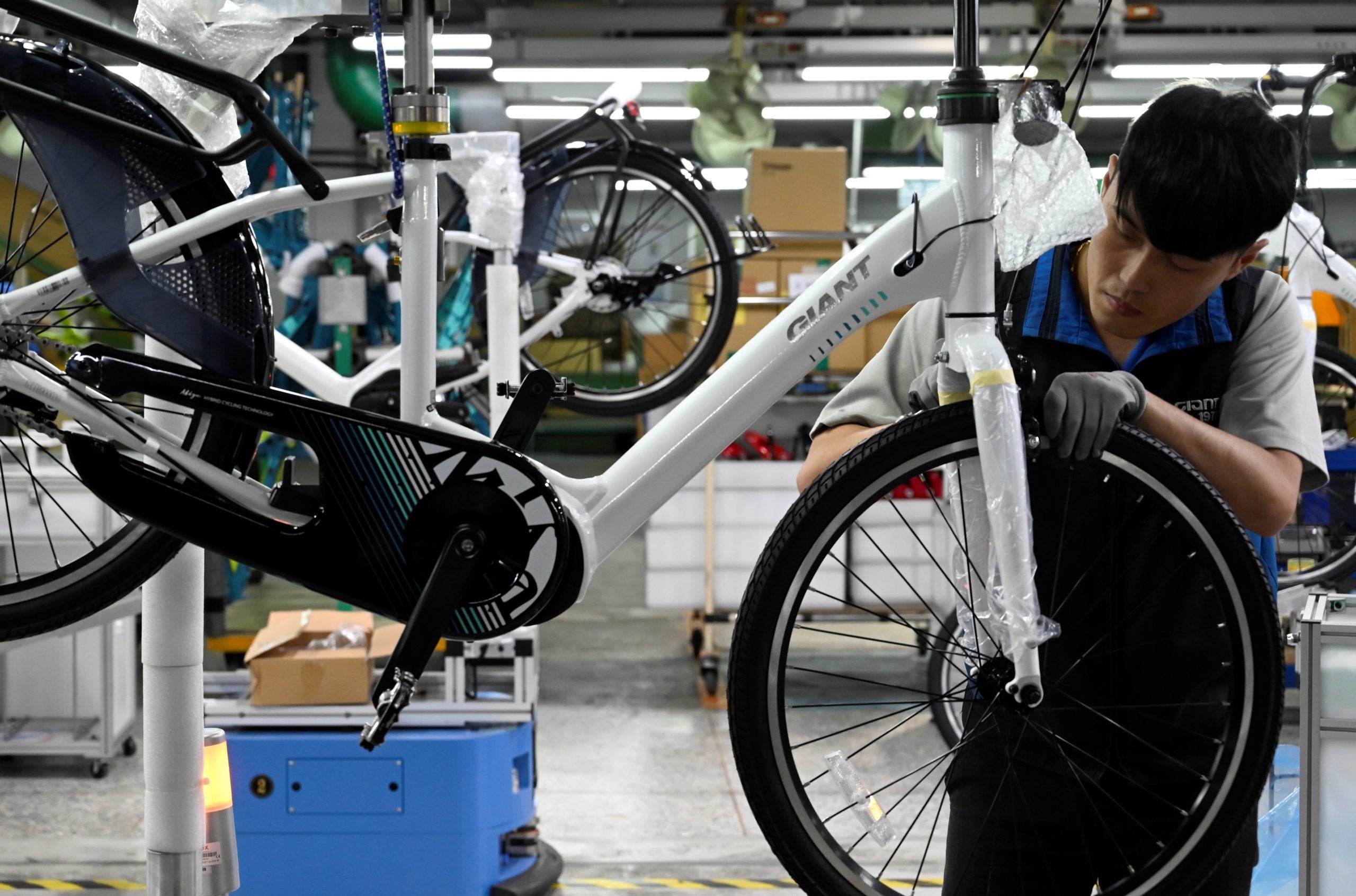 (FILES) This file picture taken on May 21, 2019, shows a worker checking an e-bike at a factory of Giant — the world’s biggest bicycle manufacturer — in Taichung. – Deserted streets, cabin-fever, and worries over COVID-19-enabling commutes in Europe and the US have sent the demand for bikes into high gear – with factories in Taiwan racing to push out new machines and scrambling to find parts. (Photo by Sam YEH / AFP)

TAICHUNG, Taiwan — Deserted streets, cabin fever and worries over COVID-enabling commutes in Europe and America have sent the demand for bikes into high gear — with factories in Taiwan racing to push out new units and scrambling to find parts.

The deadly virus has sparked a global recession and hammered many industries, but it is boom time in the bike world and a major bonus for Taiwan, which is a leading bicycle producer and has managed to avoid mass lockdowns by defeating the coronavirus early on.

At Giant, the world’s largest bike company, it has been a dizzying few months, according to CEO Bonnie Tu.

“We saw what happened and then we reacted quickly,” Tu told AFP in an interview last week at their new headquarters in the industrial city of Taichung.

“We mobilize our companies, including our factories and sales company… in order to meet consumer demand.”

The orders have kept on coming, with reports of empty bike racks at dealers and long waits for resupply across Europe and North America.

In Britain, the Association of Cycle Traders said some 20,000 bikes awaiting manufacturing and delivery had already been sold or reserved.

“We’ve seen a mixture of everybody to be honest,” Lincoln Romain, director of Brixton Cycles, in London, told AFP last month.

Across the Atlantic, demand has also rocketed.

Giant’s Tu said demand in both the US and Europe has centered on the more affordable “$1,000 and under” category of bikes.

While Giant’s factories in Taiwan kept rolling, many of their facilities on the Chinese mainland had to temporarily shut down when the virus first spread from the central city of Wuhan.

A return to full capacity has been slowed by struggles to get parts from suppliers as they refill factory floors and restock inventories.

“We have to wait for them,” Tu said. “So it is actually quite difficult, but we manage.”

For Europe, Giant will soon benefit from a large factory it has built-in Hungary, part of a gradual shift many Taiwanese manufacturers are making to diversify away from China and be closer to consumer markets.

Gina Chang, secretary-general of the Taiwan Bicycle Association, said manufacturers initially suffered in the first quarter from canceled or postponed orders when the virus first spread. But since then, demand has roared back.

“We are seeing rush orders or even panic buying,” she told AFP. “Taiwan’s top two bike makers have orders lined up till the end of this year.”

The coronavirus boom is the latest chapter in a renaissance for Taiwan’s bike industry.

The self-ruled island had for years been the world’s number-one bike producer until the 1990s when mainland China’s economic reforms saw firms — including many Taiwanese manufacturers — take advantage of a vast, cheap labor force.

But while Chinese factories continue to play a dominant role in terms of sheer numbers, Taiwan production is bouncing back, especially when it comes to higher-quality models and in the rapidly growing electric bike market.

Last year, Taiwan exported $1.36 billion in non-electric bicycles, down from $1.5 billion the year before.

But electric bike production is soaring.

The export of electric bikes from January to April this year reached a record high of $301 million, up 23.6 percent from the same period last year.

And the bikes made in Taiwanese factories tend to be higher quality models that fetch a higher price.

Tu says she hopes the pandemic will help encourage people to adopt bikes as a form of transport long after the threat of the virus has receded, something many European governments are keen on.

“While riding bicycles, you can have fresh air… you cannot be too close otherwise you will crash,” she laughed. “So it is natural social distancing.”