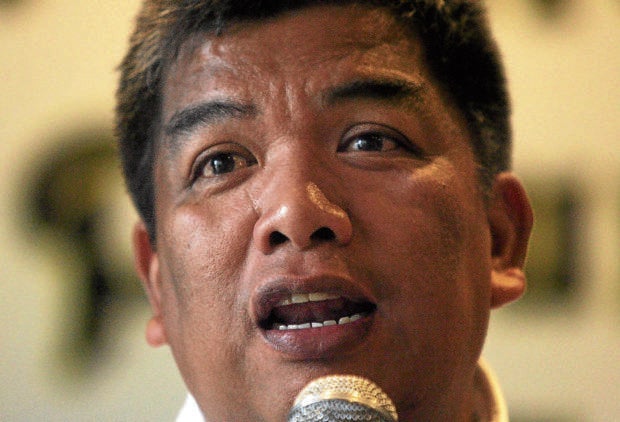 The arrest of two traders in Manila in a drug sting by police officers, who neither identified themselves nor presented a warrant, illustrates the dangers of giving law enforcers more powers under the antiterrorism bill, a House leader said on Sunday.

“The antiterrorism bill has not even turned into law, yet we are already hearing of reports of police abuse against our Muslim brothers,” Deputy Speaker and Basilan Rep. Mujiv Hataman said in a statement.

“How much more when warrantless arrests become legal under this proposed law? What protections from abuse will be available to our Moro and other Filipinos?” he said.

Hataman condemned the arrests on June 12 of Saadudin Alawiya and Abdullah Maute, who were on the Manila Police District’s drug watch list, and the alleged illegal search of their residence in San Andres District without a court order.

FEATURED STORIES
NEWSINFO
Army loses track of 2 Jolo bombers after agents’ slay
NEWSINFO
Remulla apologizes for flag ceremony blunder, blames ‘ABS CBN people’ for ‘playing it up’
NEWSINFO
Barista gets over $74,000 in tips after woman without face mask shames him for not serving her

Their neighbors tried to intervene during the operation, leading to tensions and a standoff that lasted six hours, reports said. In the end, the two were arrested and detained.

Hataman cited the accounts of relatives of the suspects who claimed that the two were legitimate jewelry traders and not drug peddlers, and that the police refused to show identification cards and did not coordinate with barangay officials.

“Assuming the claims of the police are true, do they have the power to enter the house of Muslims, search their belongings, and arrest them without a warrant?” he said.

The former governor of the defunct Autonomous Region in Muslim Mindanao called on the leadership of the Philippine National Police to investigate the incident, “as there seems to be mounting evidence to suggest that law enforcers in this case went beyond their authority and abused their powers.”

“If they are really involved in drugs, then the police should build a better case against them instead of going the easy road and disregarding due process,” he said.

Hataman was one of the lawmakers who voted no to the proposed Anti-Terrorism Act of 2020. The House of Representatives passed the bill on June 3 by adopting the version of the Senate, which approved it in February.

The measure has been transmitted to Malacañang for President Duterte’s signature.

It allows law enforcers to detain terror suspects for up to 14 days without a warrant, extendible by another 10 days. It also removes a safeguard in the Human Security Act penalizing erring officers with a P500,000 fine for each day a suspect spends in wrongful detention.

Sen. Panfilo Lacson on Sunday assured critics proposed Anti-Terrorism Act that he would be relentless in going after abuses in its implementation.

The police general-turned-lawmaker said he would even join protest rallies should authorities cite the measure to stifle political dissent as activists and human rights advocates had feared.

“This measure is not designed for the current President. It is for our country’s security and our people’s protection,” Lacson told the Inquirer.

In a Facebook post on Saturday night, Speaker Alan Peter Cayetano vouched for the antiterrorism bill, saying the government should not let its guard down against extremists.

In a separate statement, the chair of the House national defense and security committee defended the bill from criticisms, arguing that it “has enough safeguards against warrantless arrest.”

Iloilo Rep. Raul Tupas said the section on warrantless arrests was actually “moderate or lenient” compared with similar measures in other countries.

Tupas said Congress “saw to it that the bill requires the arresting officers to notify in writing the judge of the court nearest the place of apprehension or arrest of the following facts: (a) the time, date and manner of arrest; (b) the location or locations of the detained suspect/s and (c) the physical and mental condition of the detained suspect/s.”

The bill also requires law enforcement agents or military personnel to furnish the Anti-Terrorism Council and the Commission on Human Rights their copy of the written notice given to the judge, he noted.

Anak Mindanao Rep. Amihilda Sangcopan also assailed the arrests of the two Muslims on suspicion of involvement in illegal drugs.

“We continue to suffer the stigma of terrorism when we are the ones being terrorized and harassed repeatedly,” Sangcopan said.

She said such cases of harassment could multiply once the antiterrorism bill was signed into law.

Instead of the antiterrorism bill, a Maranao leader said the approval of other urgent bills would have been more effective in response to terrorism.

Drieza Lininding, chair of the Maranao Consensus Groups, on Sunday said measures, such as the proposed Marawi Siege Compensation Act of 2019, felt more urgent to the displaced people of the city.

Lininding said the bill, which would facilitate payment for lost, damaged or destroyed properties, could be more effective in fighting terrorism since the few remaining terrorist groups in the country feed on the dissatisfaction of citizens.

Among those who introduced the resolution were Abdulraof Macacua, executive secretary of the Bangsamoro Autonomous Region in Muslim Mindanao and a member of parliament (MP), and MP Mohagher Iqbal.

—With a report from Sheila Mae de la Cruz

Actor on ‘coincidence’ of his film starring sons of Mel Gibson, Clint Eastwood and Mick Jagger