BUSTOS, Bulacan, Philippines — Now that the monsoon season has started, the National Irrigation Administration (NIA) has given its contractor until July 15 to repair a leaking rubber gate at Bustos Dam, which serves as a regulatory facility of Angat Dam.

A temporary enclosure called a cofferdam is being built around Bustos Dam to stabilize it as the contractor replaces the damaged Gate No. 5, said Josephine Salazar, the NIA director in Central Luzon.

The provincial government complained when one of the gates that were replaced last year malfunctioned on May 10. ITP Construction Inc. and the Chinese consortium, Guangxi Hydroelectric Construction Bureau Co. Ltd., are undertaking the dam’s P1-billion rehabilitation.

Vice Gov. Wilhelmino Sy-Alvarado, who chairs the provincial board, attributed the leaks to a factory defect. Gov. Daniel Fernando agreed, saying the government spent P81 million to replace the old gates that were used for more than 20 years. The original rubber gates cost P50 million each.

Fernando said he could not accept the argument that the new gate had been deflated by hard, sharp materials like nails and broken glass. 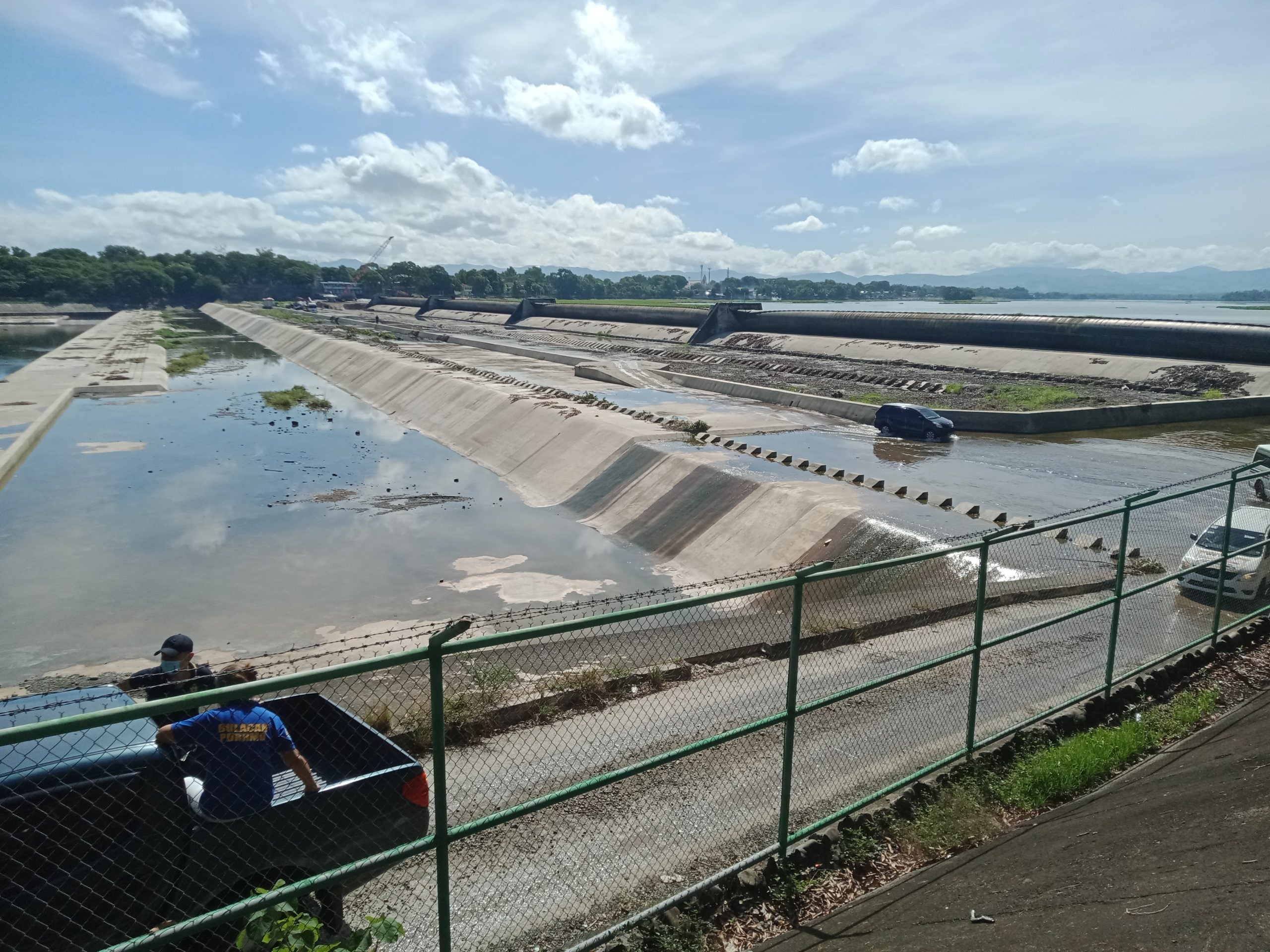 AIR LEAKS Officials of Bulacan province inspect the floodgates of Bustos Dam after one of the rubber gates was discovered to have air leaks. —CARMELA REYES-ESTROPE

“Why did the original gates work well for a long period? It needs a thorough discussion if the defects would compromise the safety of Bustos Dam and trigger floods,” he said, adding that “we want all six rubber gates to be replaced.”

“What will happen if rains come and raise the elevation of the dam? What will keep the water contained [in the reservoir]?” Fernando said.

Alvarado said the leaks were detected when Bustos Dam’s water elevation was at 14.8 meters above sea level, way below the spilling level of 17.50 masl.

According to him, the natural catchment basin in the towns of Hagonoy and Calumpitis submerged when the dam releases 700 cubic meters per second of water.

Each gate, when opened, discharges 500 cms and as much as 3,000 cms of water would be released if all gates fail, Alvarado said.

If this happens, he said, the City of Malolos and the towns of Bustos, Plaridel, Baliwag, Pulilan, Pandi, Bocaue, Bulakan, Balagtas, Guiguinto, Paombong, Calumpit and Hagonoy would be severely affected.

Salazar said the NIA was considering a third party from Australia or Singapore to test the materials used for Gate No. 5.

NIA Administrator Ricardo Visaya said the six rubber gates are covered by a 20-year warranty. “Bustos Dam supplies irrigation water but what is more important is the concern on the safety of the people, to ensure that no one is hurt,” he said.

“The gates have to be removed and replaced,” Visaya added.

In 1997, its steel gates were replaced by rubber gates. In 2007, however, operators detected small punctures in the rubber gates when air started leaking out but only remedial measures were undertaken so as not to disrupt irrigation supply.