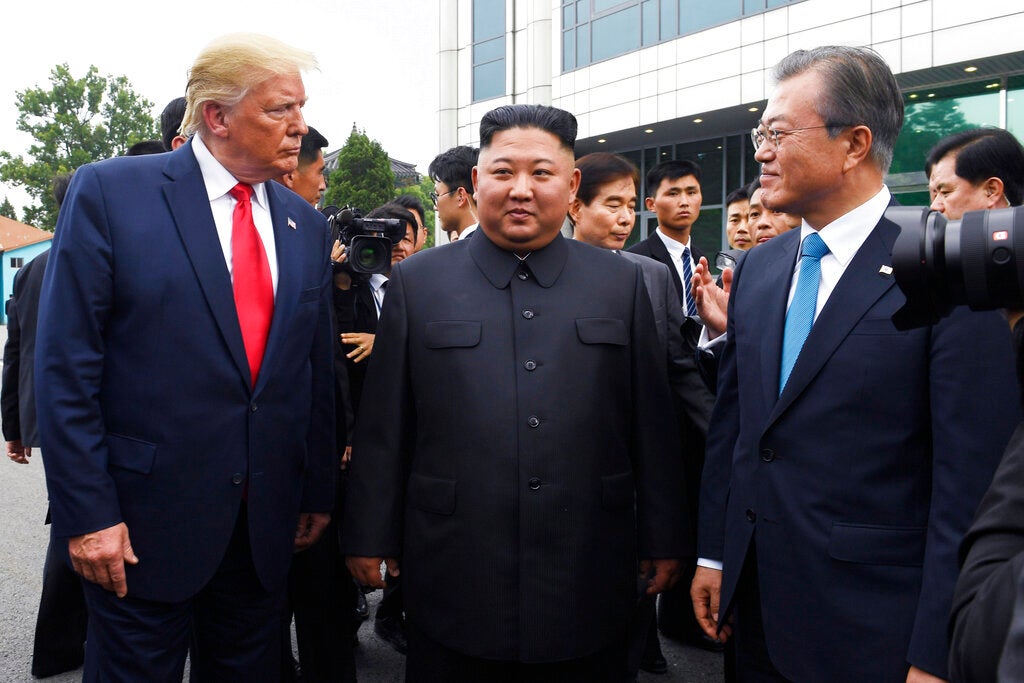 But North Korea in recent months has suspended virtually all cooperation with the South while expressing frustration over the lack of progress in its nuclear negotiations with the Trump administration.

The North over the past week declared it will cut off all government and military communication channels with the South and threatened to abandon inter-Korean peace agreements reached in 2018. It blamed Seoul for failing to stop activists from floating anti-Pyongyang leaflets across the border.

Seoul’s Foreign Ministry was reacting to a separate North Korean statement late Friday that said the North’s confidence with the South’s government was completely “shattered” and that “regretful and painful times” were ahead for its rival.

Kwon, director-general of the Foreign Ministry’s U.S. affairs department, said it was “preposterous to hear the balderdash of (South Korean) authorities, who do not have either any qualification to discuss, or the position to poke their noses into” matters between North Korea and the United States, including nuclear issues. He dismissed South Korea’s role as a mediator between Washington and Pyongyang.

“I want to make it clear that we will continue to build up our force in order to overpower the persistent threats from the United States, and such efforts of ours are in fact continuing at this point of time,” Kwon said in a statement carried by the North’s official Korean Central News Agency.

“We are not what we were two years ago. The change continues and will continue as ever in a tremendous way. It is better to stop a nonsensical talking about denuclearization.”

Nuclear talks faltered after the United States rejected North Korean demands for major sanctions relief in exchange for a partial surrender of the North’s nuclear capabilities at Kim’s second summit with Trump in Vietnam in February last year.

Trump and Kim met for a third time that year in June at the border between North and South Korea and agreed to resume talks. But an October working-level meeting in Sweden broke down over what the North Koreans described as the Americans’ “old stance and attitude.”

On the two-year anniversary of the first Kim-Trump meeting on Friday, North Korean Foreign Minister Ri Son Gwon said the North would never again gift Trump with high-profile meetings he could boast as foreign policy achievements unless it gets something substantial in return.