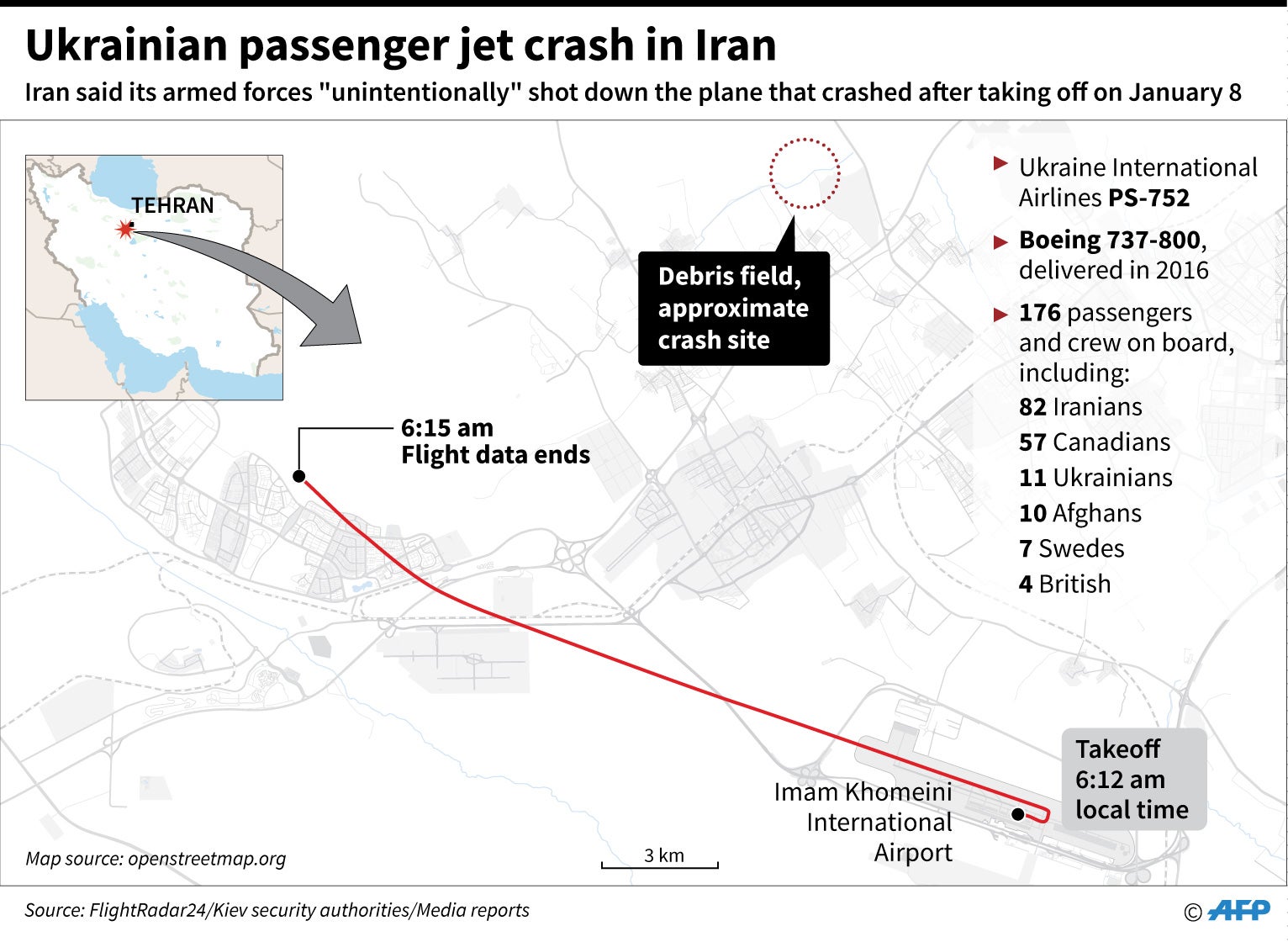 The Iranian envoy to the International Civil Aviation Organization (ICAO) in Montreal said the Islamic Republic had enlisted the help of France’s BEA air accident agency to download and read the data on the flight recorder, the sources said.

BEA denied to AFP that it had been asked — but added that it was “ready to look at any request” from Iran.

Iran has admitted that it mistakenly shot down the Kyiv-bound jetliner on January 8, killing 176 people.

The disaster unfolded as Iran’s defenses were on high alert in case the US retaliated against Iranian strikes hours earlier on American troops stationed in Iraq — which were themselves in response to the US assassination of a top Iranian commander.

The black boxes are expected to contain information about the last moments before the aircraft was struck by a ground-to-air missile and crashed, shortly after taking off from the Tehran airport.

Many of the passengers were Canadians.

For months, Ottawa has been calling on Iran, which does not have the technical capabilities to extract the fight data, to hand over the black boxes to Ukraine or France for analysis.

The Iranian official news agency IRNA reaffirmed at the beginning of June that authorities were prepared to do so, but warned that the badly damaged devices may not advance the investigation.