WASHINGTON — Donald Trump will accept the Republican Party’s presidential nomination in Florida, organizers announced Thursday, following a row over coronavirus restrictions with the governor of North Carolina, where the event was originally scheduled. 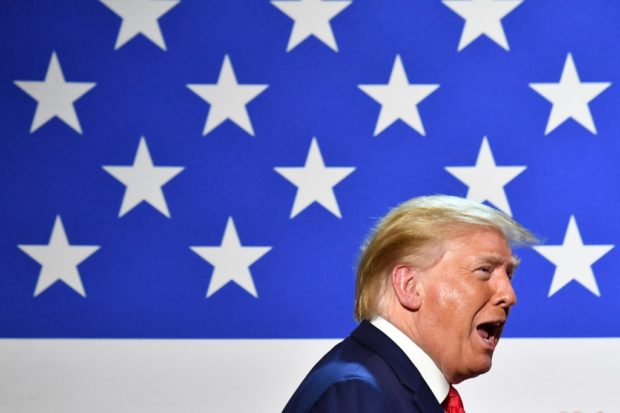 The most visible portions of the Republican National Convention, a traditional election-year gathering that is a staple of American political theater, will be moved to the city of Jacksonville, Republican Party chairwoman Ronna McDaniel announced.

“Not only does Florida hold a special place in President Trump’s heart as his home state, but it is crucial in the path to victory in 2020,” McDaniel said, adding that “we are thrilled to celebrate this momentous occasion in the great city of Jacksonville.”

However “official business of the national convention,” will remain in Charlotte, North Carolina, where the convention was originally scheduled to take place from August 24 to 27. The Washington Post reported that this was due to previously signed contracts.

The change of location for the speeches and pageantry comes after North Carolina Democratic Governor Roy Cooper said he could not authorize the convention to go ahead as planned due to concerns about mass gatherings during the novel coronavirus pandemic.

“Because the current North Carolina COVID-19 restrictions would not allow for the celebration to occur in Charlotte and Governor Cooper would not work with the RNC to offer guidelines, the celebration of the nomination and the economic impact that goes with it must be moved to Jacksonville,” the Republican National Committee said in a statement.

Trump berated Cooper’s statements on Twitter, and as recently as Wednesday told a roundtable that the governor “doesn’t want to give an inch and what he’s doing is losing hundreds of millions of dollars for his state.”

The RNC said the rescheduled events would take place at Jacksonville’s VyStar Veterans Memorial Arena, but did not give a date.

Trump won the battleground states of Florida and North Carolina during the 2016 election, and both are tossups that could go to either candidate in this year’s November 3 election.

In Florida, Democratic presidential candidate Joe Biden is polling several percentage points ahead of Trump, with 48.2 percent of the vote compared to Trump’s 44.8 percent, according to a poll average by Real Clear Politics.