BAGUIO CITY—A former high school classmate of National Security Adviser Hermogenes Esperon Jr. on Thursday returned to this city with his help so she could clear her name after being linked to the communist New People’s Army (NPA).

Anne Margaret Tauli, 70, sister of Victoria Tauli-Corpuz, the former United Nations special rapporteur on the rights of indigenous peoples, was flown from her house in Besao town, Mountain Province, in a government helicopter.

But at a news conference here, Tauli said Esperon, her classmate at Philippine Science High School (PSHS) in 1968, helped facilitate her travel back to Baguio so she could defend herself against allegations that linked her to the communist rebels.

Tauli owns the house in Baguio where Julius Soriano Giron, supposed chair of the Communist Party of the Philippines (CPP), was killed in a clash with policemen and soldiers in March. 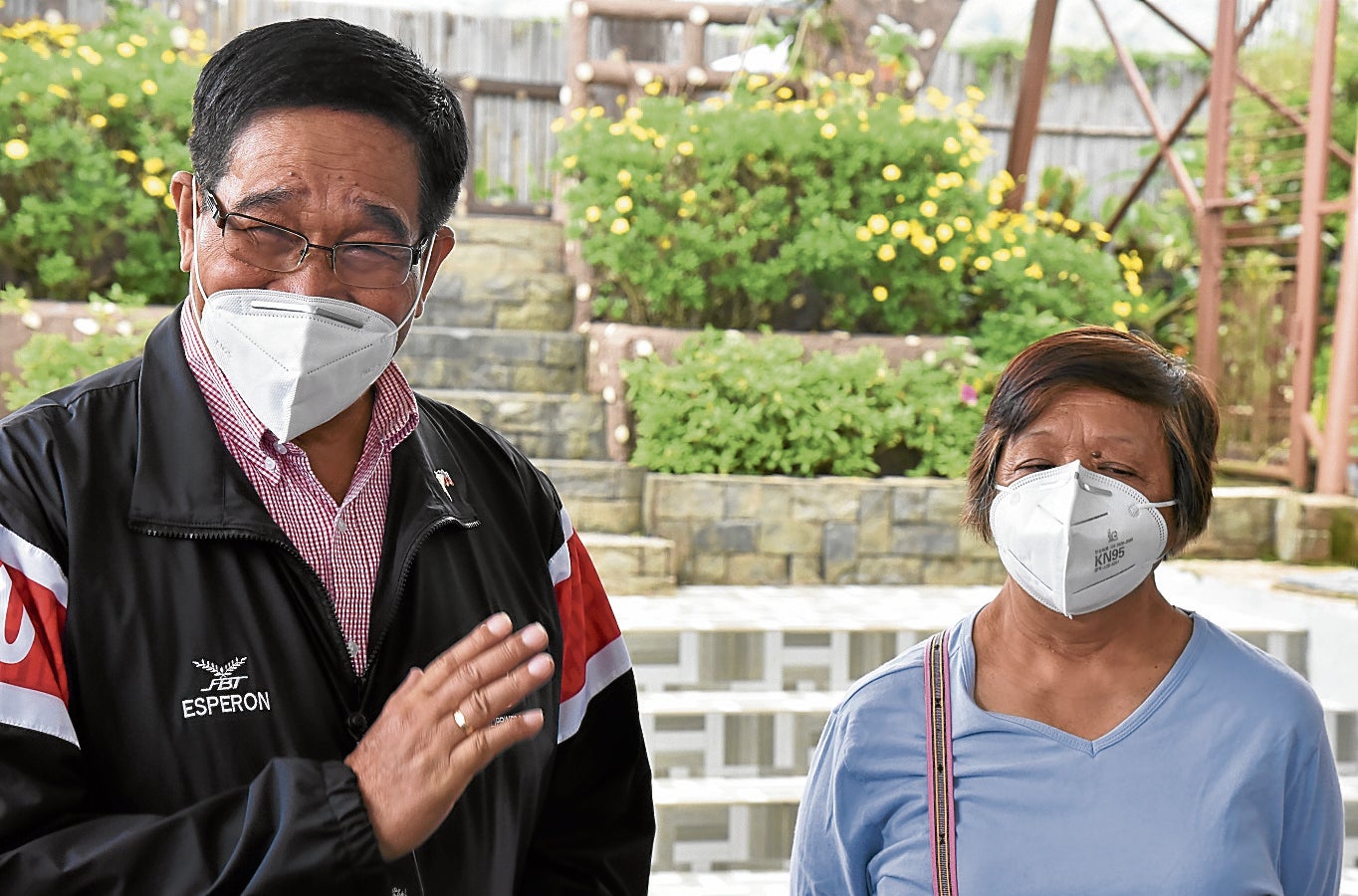 FRIENDS National Security Adviser Hermogenes Esperon and Mountain Province elder Anne Margaret Tauli share a moment after he helped fly her back to Baguio on Thursday (June 11) so she could clear her name, after being linked to communist rebels. —EV ESPIRITU

“I will not speculate,” Esperon said when asked how deep Tauli was allegedly entrenched in the NPA.

He added: “For harboring an avowed enemy of the state, Ms Tauli is in a legal bind. What was her role [in the NPA]? Does she know Giron? People have speculated.”

Esperon said Tauli would be under his custody although she would be temporarily staying in the city.

During the press briefing, Tauli insisted that she had no ties with the NPA.

According to the CPA, Tauli had retired and had been active in arranging clan reunions and organizing the documentation of the “batangan” system (indigenous forest management system) of her hometown. An elder, Tauli is president of Batil-ang Peypeyan clan in Besao.

She submitted to a medical test as soon as she landed at the Loakan Airport here as part of the city’s quarantine procedures, said Police Gen. R’Win Pagkalinawan, Cordillera police director.

“The general idea was to let her come in peacefully and she came to us peacefully,” Esperon said, adding that the government would also help his former classmate if she had difficulty proving that her alleged links to the NPA were not true.

“Others who are still out there [in the mountains], I hope you see the point that your 52-year struggle has brought us nothing but hardships in the countryside,” Esperon, a former general and Armed Forces chief of staff, said.

“Let us help each other improve lives,” he added. —REPORTS FROM EV ESPIRITU, KARLSTON LAPNITEN AND KIMBERLIE QUITASOL

Read Next
No regrets, says ‘Cebu 8’ after 3-day detention
EDITORS' PICK
Geek out at TOYCON 2022 powered by Smart Signature
UK’s Boris Johnson will resign, BBC reports
High inflation: Your P1 is now worth only 87 centavos
High-risk pregnancy: Reducing your risk is in your hands
Unemployment rate up to 6% in May
House energy committee chair Arroyo bats for cheap electricity
MOST READ
Suspect in grisly killing of missing woman in Bulacan arrested
Kim Atienza’s daughter flaunts bikini body in response to critics of her ‘revealing photos’
Cop slain in Isabela ambush
FDA probes popular Filipino noodle brand for ‘high level of ethylene oxide’
Don't miss out on the latest news and information.