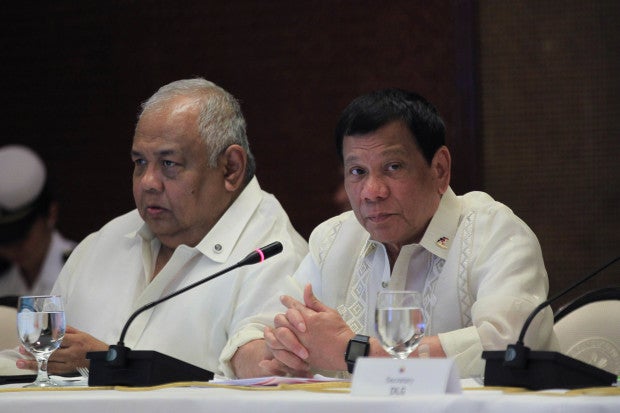 MANILA, Philippines — President Rodrigo Duterte has designated Executive Secretary Salvador Medialdea to represent him in the Independence Day rites at Rizal Park in Manila on Friday.

Presidential spokesperson Harry Roque on Thursday said the message of the President, whois stillin Davao City, will be aired after the Luneta ceremony.

(He designated the Executive Secretary to represent him in the wreath-laying and flag-raising rites at Rizal Park. After the ceremony, the President’s June 12 Independence Day message will be aired.)

Roque did not specify when the President will return to Manila, though Duterte is scheduled to address the nation and issue new directives on coronavirus disease 2019 (COVID-19) lockdown / quarantine measures on Monday, June 15.

Roque earlier said only 10 people will be allowed to attend the Independence rites at Luneta Park on Friday due to the ban on mass gatherings to curb the spread of COVID-19.

(If the President is present, the number of people who want to go near him will swell. That cannot be prevented, whether we celebrate it in Luneta or in Davao.)

Meanwhile, Roque previously encouraged the public who are planning to stage protests on Independence Day to go digital and turn to social media to prevent physical contact in light of the pandemic.