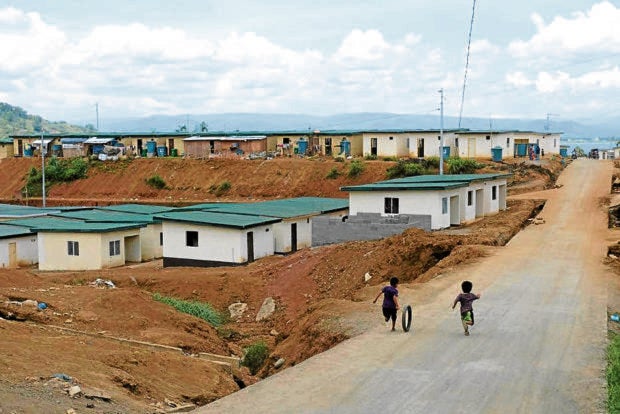 THREE YEARS LATER “Transitional shelters,” like this cluster in Barangay Boganga, Marawi City, have been built for residents displaced by the siege that began on May 23, 2017, and ended in October the same year. The evacuees are still not allowed to rebuild their homes in the war zone. —BONG S. SARMIENTO

MANILA, Philippines — Task Force Bangon Marawi (TFBM) chairman and Housing Secretary Eduardo Del Rosario on Thursday assured that the rehabilitation of war-torn Marawi City would be completed within the target deadline of December 2021 despite the ongoing coronavirus disease 2019 (COVID-19) crisis.

In a televised public briefing, Del Rosario said he was assured by the implementing agencies, including Marawi Mayor Majul Gandamra that the rehabilitation of the Islamic City continued even as the government imposed lockdowns to curb the spread of the novel coronavirus.

“I was assured that we are on the right track despite itong three months na hindi tayo nakapagtrabaho masyado,” Del Rosario said.

(I was assured that we are on the right track despite the three months that we’re not able to work at full capacity.)

While the entry of materials and laborers was hampered by the lockdown, Del Rosario said that scaled down construction work went on.

He, however, vowed that the rehabilitation will go “full-blast” next month following President Duterte’s approval of the release of the P3.56-billion budget for Marawi projects.

The Maute group laid siege on the city for five months, starting on May 23, 2017 which led to widespread destruction of property and infrastructure and loss of lives in the Islamic city.