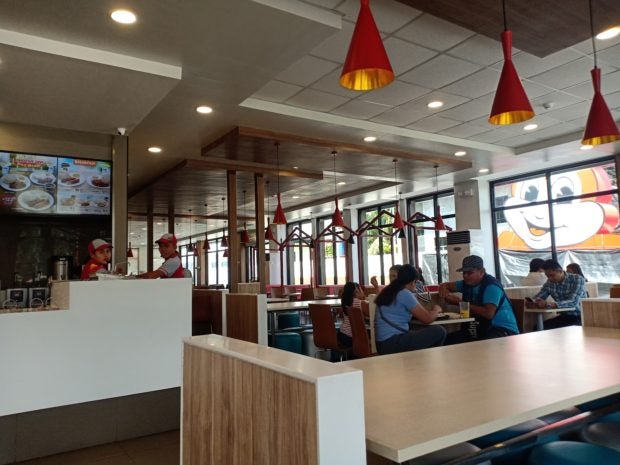 Lopez said only 30 percent of the total capacity  of restaurants, fast-food outlets, kiosks, and canteens will be allowed for dine-in operations.

(We thank the IATF for approving yesterday the proposal to at least allow the resumption of work of our countrymen employed in restaurants especially those in dine-operations.)

Lopez explained that dine-in services in GCQ areas need to be revived since it comprises 70 to 80 percent of restaurants’ operations.

“We are doing this essentially in the interest of workers so they can get back to work, get back to their jobs. We shall be doing this on a gradual basis, in other words, start at a 30-percent operating capacity,” he said in an earlier interview with CNN Philippines, confirming the approval of the recommendation.

“This is some kind of preparation for the eventual de-escalation of Metro Manila and similar areas from GCQ and modified GCQ in the near future,” he added.

Other health protocols such as wearing of face masks by restaurant staff should likewise be observed.

Acrylic or clear barriers in between customers may also be installed.

The recommendations of the IATF will be presented to President Rodrigo Duterte. He is expected to meet with the task force in Manila on Monday.

Restaurants in other parts of the country under modified GCQ were earlier allowed to resume dine-in operations at 50 percent capacity.