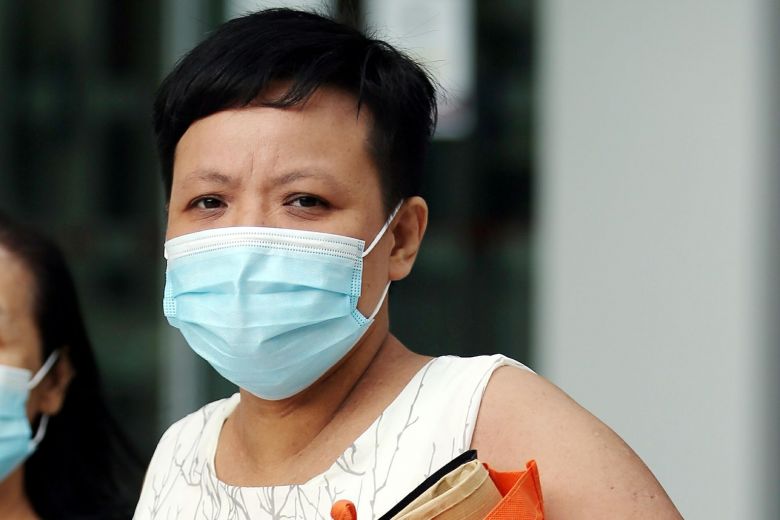 SINGAPORE — A woman who allegedly pulled down her mask and spat at an employee at a KFC outlet was charged in court on Wednesday (June 10).

Lin Si Ting, 42, was charged with intentional harassment, use of criminal force, and breaching safe distancing measures, the police said in a statement on Tuesday.

Court documents said that on April 22, Lin, who also hurled verbal abuse at KFC employee Beniga Analou Gomez in Nex mall, had shouted: “Wait for you to die, wait for your whole family to die.”

Police had earlier said that the woman was unhappy after she was told by Ms Gomez to wait for her order. They arrested Lin on April 24 after investigations.

Lin’s case has been adjourned for a pre-trial conference on July 1.

The incident first made headlines when a video surfaced of a woman dressed in a yellow shirt lowering her mask and spitting at a masked employee across the counter.

A KFC spokesman told The Straits Times in April that the outlet had been sanitized after the incident.

The offense of causing intentional harassment carries a fine of up to $5,000, a jail term of up to six months, or both.

Lin can also be jailed for a maximum of three months, or fined up to $1,500, or both, for using criminal force on a person. 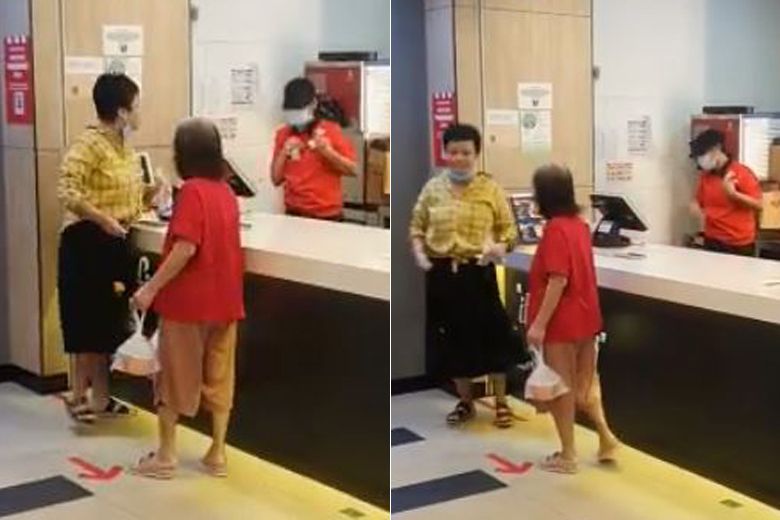 A video surfaced of a woman dressed in a yellow shirt lowering her mask and spitting at a masked employee across the counter. PHOTOS: SCREENGRABS FROM FACEBOOK via The Straits Times

The police said they take a serious view of such abusive and irresponsible behavior, especially amid the Covid-19 pandemic.

“Everyone needs to play their part by being socially responsible, observing good personal hygiene, and being considerate to others, especially to service staff who continue to serve the public to the best of their efforts during this difficult period,” said the police.

Read Next
N. Korea ‘ablaze with fury’ over anti-Pyongyang leaflets—newspaper
EDITORS' PICK
Experience clearer calls nationwide with Smart VoLTE
Lorenzana orders review of protocol in handling slain rebels’ remains
PNP probing influx of marijuana in NCR, adjacent provinces
Duterte: May Bonifacio inspire all Filipinos amid COVID-19 pandemic
Arthaland’s property management arm utilizes Amazon Web Services to enhance delivery of service
Smart Prepaid encourages the youth to take their passions to the next level and ‘Live GIGA’
MOST READ
Lorenzana orders review of protocol in handling slain rebels’ remains
DOF to PITC: Return P1 billion in interest on ‘idle’ funds
‘What is mine is hers,’ says Matteo on sharing finances with his Popstar Royalty wife
23 police officials get new assignments in PNP’s latest reshuffle
Don't miss out on the latest news and information.