Chinese consulate turns over 7,200 bags of rice on 45th anniversary of relations with PH 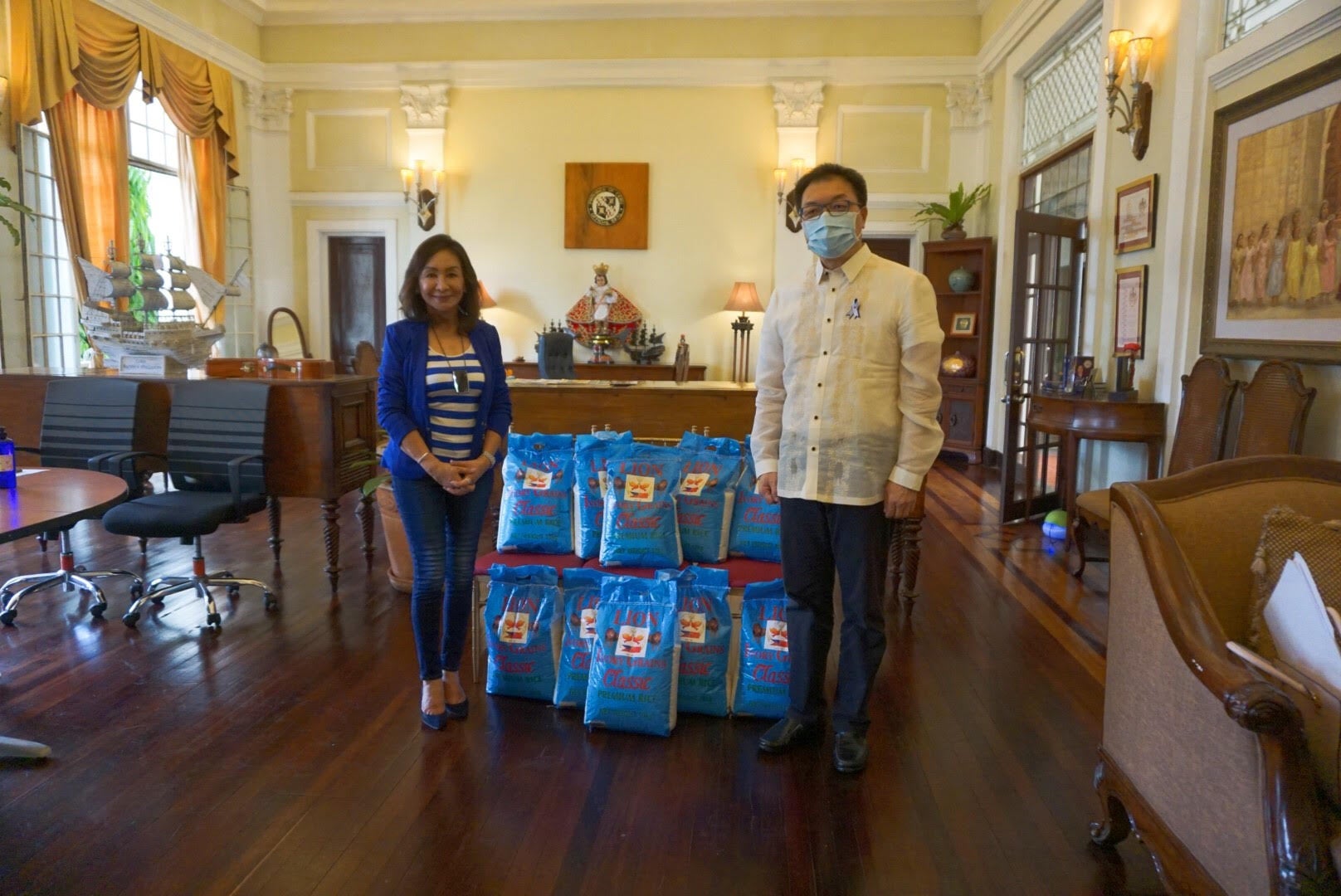 Gov. Gwen Garcia accepts the rice donation from Consul General Jia Li of the Chinese Consulate in Cebu at the provincial Capitol. Contributed

CEBU CITY–More than 7,200 bags of well-milled rice (packed at 10 kilograms each) from the Chinese government, were turned over by the Chinese Consulate in Cebu to the Office of the Presidential Assistant for the Visayas (OPAV), Cebu Provincial Government and the Cebu City government on Tuesday (June 9).

Cebu Gov. Gwen Garcia accepted the rice donation for the province at the capitol.

The donation coincided with the 45th anniversary of Philippine-China relations on June 9.

During the turnover ceremony, Chinese Consul General Jia Li said the donation was the Chinese government’s modest way of celebrating the event and a way of showing solidarity with Filipinos in the fight against COVID-19, which originated from Wuhan, a highly developed city in China’s Hubei province.

The Chinese consul general said he believed that “through a joint effort by both countries, the Filipino people will prevail over this pandemic and establish a safe, productive and healthy nation”.

Since April, the Chinese Consulate in Cebu has been facilitating the donation of personal protective equipment, face masks and other essential items from the Chinese provinces of Guangxi and Shandong and other sources for local government units in the Visayas.

“Though tested by international and regional changes, since the establishment of diplomatic relations, the comprehensive strategic cooperative relationship between China and the Philippines has developed steadily and firmly with practical cooperation in various fields bringing tangible benefits to the people of both countries,” the Chinese official said.