‘Piston 6’ may be freed today 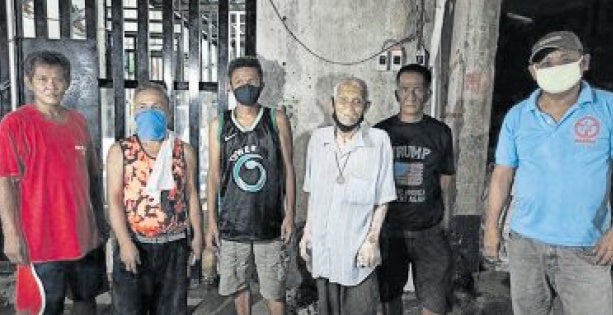 SICKLY 6 Lawyers of “Piston 6” areworried about their situation inside the holding area because most of themhave preexisting illnesses like heart problems, diabetes, high blood and hernia. PHOTO COURTESY OF PISTON

MANILA, Philippines — The lawyer of the “Piston 6” is hopeful that they will be released today, nearly a week after the six jeepney drivers were arrested for protesting the loss of their livelihood on Edsa Monumento on June 2.

According to VJ Topacio, he was informed by the Office of the Clerk of Court that one of the executive judges would be at the Caloocan City Hall of Justice today to attend to their case.

Topacio expressed optimism that the judge would finally allow his clients to post bail of P3,000 each, paving the way for their release from detention at the city police headquarters in Sangandaan.

“It is frustrating for them because they have witnessed powerful people violating the same protocols [who] were not punished due to their status. The drivers [were] only asking that they be allowed to return to work [and] be given support by the national government. But instead they were arrested,” Topacio told the Inquirer in a phone interview.

“They have repeatedly been saying that they only wanted the government to understand their plight and that they were not the enemy,” he added.

Last Tuesday, Severino Ramos, Wilson Ramilla, Ramon Paloma, Ruben Baylon, Arsenio Ymas and Elmer Cordero were “invited for questioning” by the police after they called on the government to lift the ban on public jeepneys.

Topacio said that internet connection problems on Friday led to a delay in the release of the court resolution on his clients’ case. As a result, they had no choice but to spend at least three more days in detention since the justice hall was supposed to be closed today to give way to disinfecting procedures after several court staffers tested positive for the new coronavirus disease.

According to Topacio, his clients were also concerned about their health due to the nonobservance of physical distancing inside the congested detention facility.

Caloocan police chief Police Col. Dario Menor earlier said there were over 600 persons in their custody at this time.

“They cannot move inside the holding facility. That is what pains me. This is a minor case—simple disobedience—but this is what they have to go through,” Topacio said.

Their arrest has sparked public outrage and generated a lot of sympathy for them after photos showing 72-year-old Cordero behind bars with the other drivers—the youngest age 43—went viral.

Donations from celebrities, politicians and ordinary people for their bail and cash assistance for them and their respective families have also poured in, now totaling over P500,000.

Topacio said that around 20 lawyers had volunteered to be part of the legal team of Piston 6, who were overwhelmed by the support coming from the public.