MANILA, Philippines — The progressive group Bagong Alyansang Makabayan (Bayan) said on Sunday that it would take legal action against the Caraga Police Regional Office (PRO 13) for its “unprofessional” Facebook posts.

In a statement, Bayan Secretary-General Renato Reyes also called the attention of the PNP leadership on the “crass and totally unprofessional posts” of the regional office.

“We will take legal action against these people behind this Facebook page,” Reyes said, adding that the posts were “obviously black propaganda.”

In one Facebook post of PRO 13 on April 3, it showed an edited photo of Reyes having devil horns with this message: “The police and military actions in the fight against COVID-19 is to serve and help save the nation! Mr. Retonto Reyes, apart from nagging and demolitions, propose a solution rather than creating more confusion!” 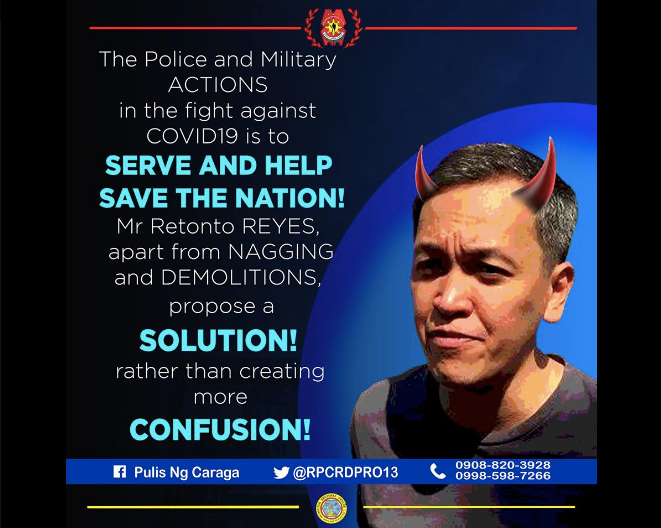 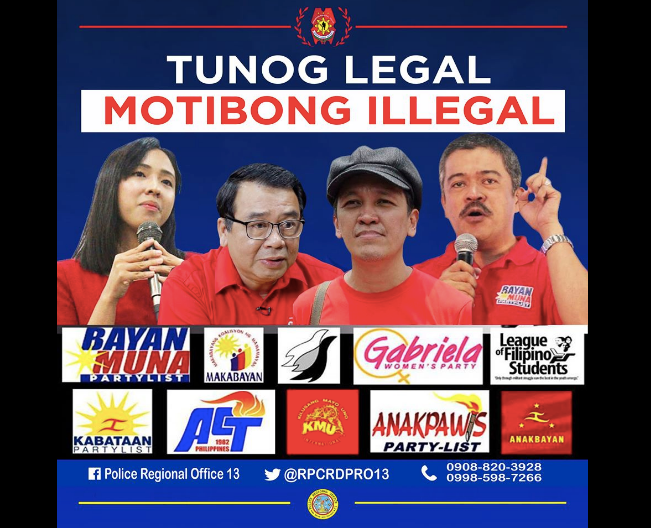 Reyes pointed out that it was unethical for public officials to engage in such practices.

“This is the kind of climate where the anti-terror bill will be implemented,” he added, referring to the controversial bill which is up for the signature of President Rodrigo Duterte.

“It is a climate of impunity and abuse of authority. We will not take this sitting down. The PNP Region 13 will be held to account,” Reyes said.

INQUIRER.net reached out to PNP spokesperson Brig. Gen. Bernard Banac on the matter, but had not received a reply as of writing.