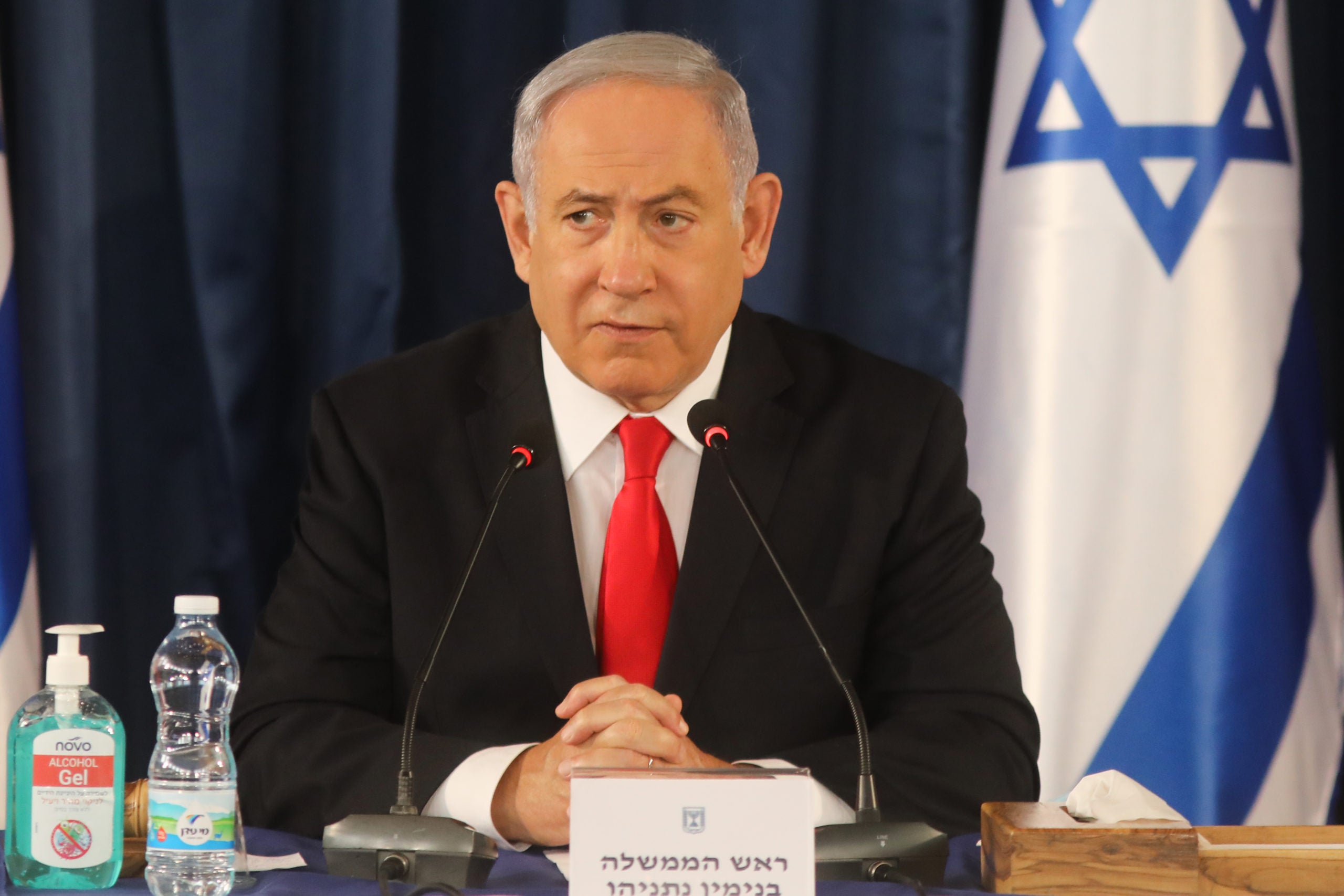 “The International Atomic Energy Agency has determined that Iran refused to give the agency’s inspectors access to secret sites where Iran conducted secret nuclear military activity,” Netanyahu told his cabinet.

The UN nuclear watchdog said Friday that Iran had accumulated enriched uranium at nearly eight times the limit under a landmark 2015 deal, and has for months blocked inspections at sites where nuclear activity may have taken place.

Netanyahu accused Iran of “systematically violating its commitments by hiding sites, enriching fissile material and in other ways.”

“In light of these discoveries, the international community must join the US and reimpose crippling sanctions on Iran,” he said.

Iran has been progressively rolling back on its commitments under the 2015 agreement in response to US President Donald Trump’s unilateral 2018 withdrawal from the accord and re-imposition of sanctions.

The deal to curb Iran’s nuclear activities in return for sanctions relief was signed with the United States — under Trump’s predecessor Barack Obama — along with Britain, France, Germany, Russia and China.

Tehran has accused the remaining signatories of failing to sufficiently support it in the wake of Washington’s withdrawal.

Israel “will continue to act systematically against Iran’s attempts to establish a military presence on our borders,” he said.

The Britain-based Syrian Observatory for Human Rights could not identify the aircraft but said Israel was likely behind the attack.

The Jewish state has carried out hundreds of strikes targeting regime and Iranian-backed forces.

A spokeswoman for the Israeli army refused to comment on the Saturday evening strikes.