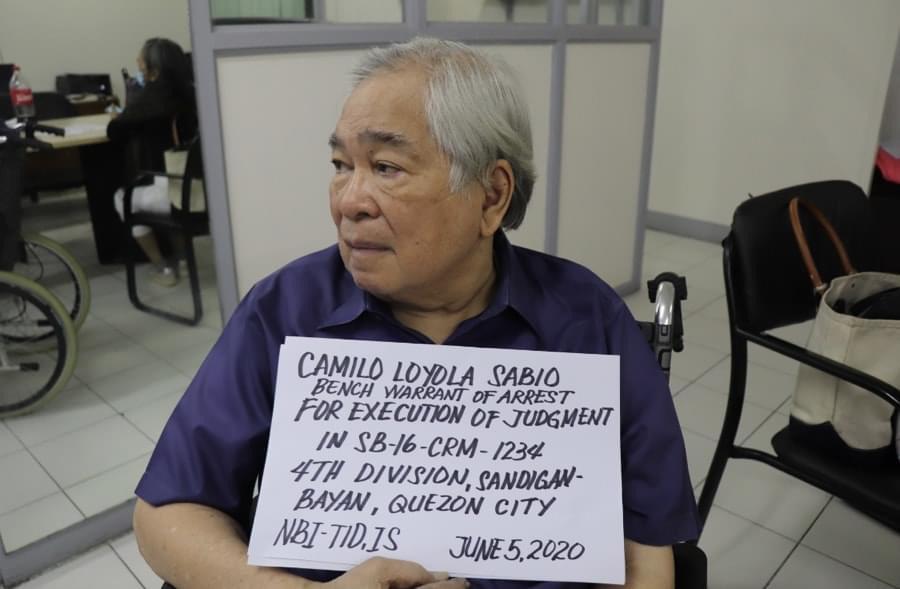 MANILA, Philippines — The National Bureau of Investigation (NBI) said Sunday that it had arrested former Presidential Commission on Good Government (PCGG) chairman Atty. Camilo Sabio in relation to the execution of a judgment in one of the criminal cases lodged against him before the Sandiganbayan.

The arrest by agents of the NBI Technical Intelligence Division happened at Sabio’s residence in Quezon City on Friday, June 5.

The 83-year old Sabio, who chaired the PCGG from 2005 up to 2010, has a number of graft charges pending before the Sandiganbayan for violation of the Anti-Graft and Corrupt Practices Act allegedly committed during his stint at the PCGG, the NBI said.

He was brought to Sandiganbayan after his arrest and after the booking procedures at the NBI’s head office in Manila. The Sandiganbayan, however, was temporarily closed at the time. He will be returned to the Sandiganbayan again on Monday.

In the meantime, Sabio was brought to the NBI detention center.