Nancy Binay: Battle not yet over, but government has already quit | Inquirer News
Close
menu
search 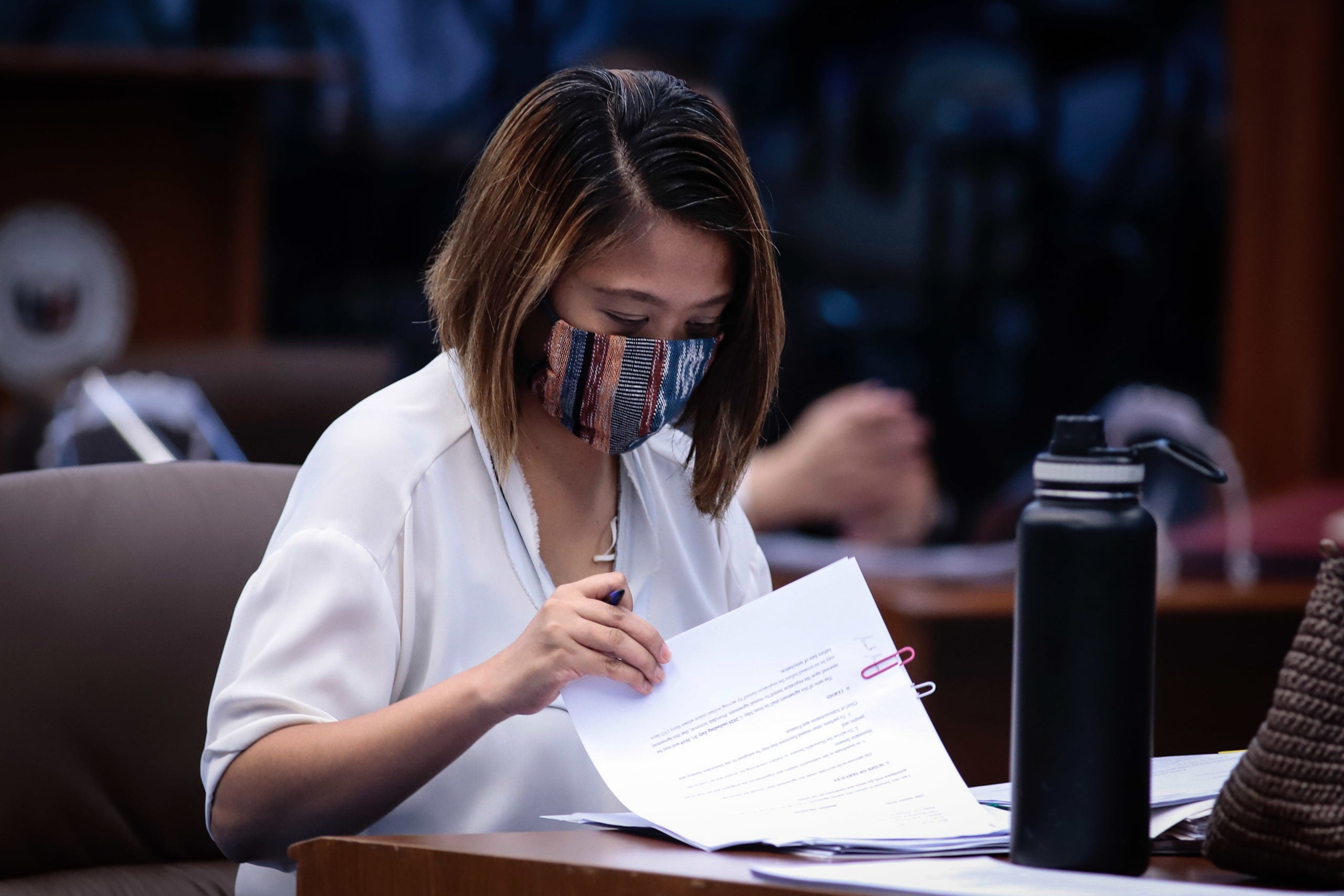 MANILA, Philippines—Senator Nancy Binay on Saturday decried the seeming lack of support from the government for displaced workers amid the COVID-19 pandemic after the non-certification of the Bayanihan to Heal as One Act as urgent by Malacañang.

Binay cited the Philippine Statistics Authority’s report of the unemployment rate soaring to 17.7 percent or around 7.3 million Filipinos left without jobs during the pandemic, and these individuals are the ones who are still waiting for support from what could have been the passage of Senate Bill 1564 or known as “Bayanihan 2.”

(It’s this time when the citizens look for something to hold on to and we shouldn’t have gaps in the support especially for the families who lost their livelihoods. The battle’s not yet over, but the government has already quit. Are the Filipinos in another orbit for them to be left out hanging?)

Senate Bill 1564 would have provided P140-billion in funds to continue the country’s COVID-19 response and recovery plan and the money would have been used to extend subsidies to the informal sector, displaced workers, farmers, small businesses, teachers, and those in the critical sectors affected by the lockdown.

The Senate was waiting for President Rodrigo Duterte and Malacañang to certify the bill as urgent but no certification came before session adjourned on June 4.

Malacañang needed to certify the bill as urgent so senators could pass it on the third and final reading. The Bayanihan Act, thus, expired without being extended on June 5.

The expiration of the Bayanihan Act also meant that Duterte will no longer have to submit weekly reports to Congress how funds are being spent during the pandemic—a stipulation the president was handed when the House of Representatives allowed the chief executive access to P275 billion in public funds.

Binay said that the government should exhaust all of its efforts to provide jobs and other non-essential concerns should be set aside.

Duterte, meanwhile, signed the Anti-Terror Bill as urgent while the Lower House pondered on the citizenship of ABS-CBN Corporation chairman Gabby Lopez.

(It’s quite frustrating that in the middle of this unemployment surge, businesses closing down, and families until now still awaiting to receive aid, we can see the priorities and focus of the government are elsewhere. Essential concerns should be prioritized.)

“We still have a long road ahead. We have to go on and keep moving, keep fighting for survival–not to give up on those who need our help.”