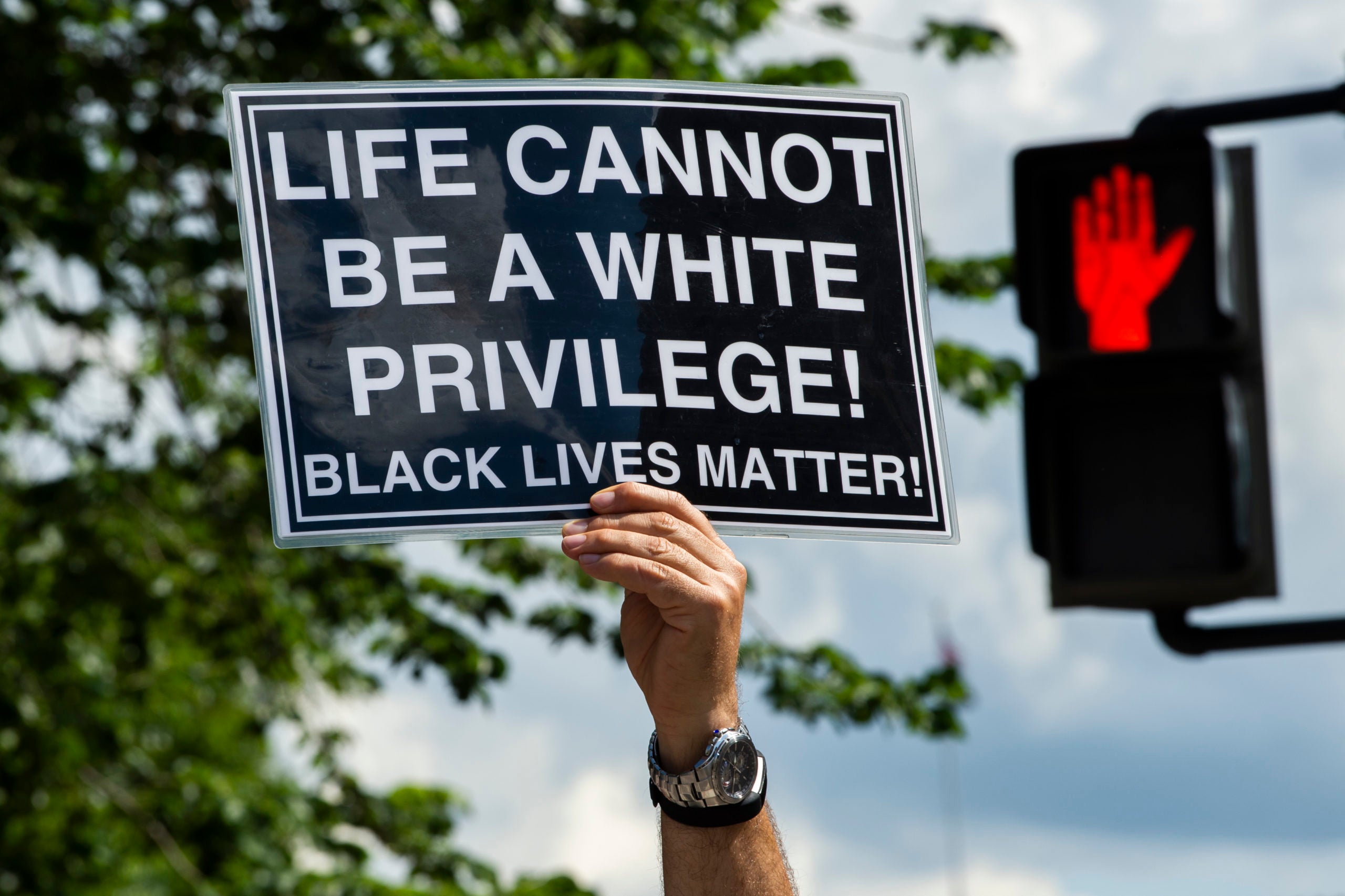 Demonstrators hold signs during a Black Lives Matter protest near the White House in Washington DC, on Friday.  (AFP)

MINNEAPOLIS — Minneapolis agreed Friday to ban chokeholds and neck restraints by police and to require officers to try to stop any other officers they see using improper force, in the first concrete steps to remake the city’s police force since George Floyd’s death.

The changes are part of a stipulation between the city and the Minnesota Department of Human Rights, which launched a civil rights investigation this week in response to the death of Floyd. The City Council approved the agreement 12-0.

Human Rights Commissioner Rebecca Lucero said the changes are necessary to stop ongoing harm to people of color “who have suffered generational pain and trauma as a result of systemic and institutional racism.”

“This is just a start,” Lucero said. “There is a lot more work to do here, and that work must and will be done with speed and community engagement.”

Floyd’s death is prompting reexamination of police techniques elsewhere. California Gov. Gavin Newsom on Friday ordered the state’s police training program to stop teaching officers how to use a neck hold that blocks the flow of blood to the brain. The San Diego Police Department and San Diego County Sheriff’s Department are among the agencies that announced this week that they would stop using the hold, known as a carotid hold or sleeper hold.

The Minneapolis agreement requires court approval and would become enforceable in court, unlike the department’s current policies, which already cite the duty of sworn employees to stop or try to stop inappropriate force or force no longer needed. The agreement would also require officers to immediately report to their superiors when they see use of any neck restraint or chokehold.

Floyd, a handcuffed black man, died after Officer Derek Chauvin pressed his knee on Floyd’s neck, ignoring his “I can’t breathe” cries and bystander shouts even after Floyd stopped moving. His death has set off protests around the world.

Chauvin is charged with second-degree murder. Three other officers are charged with aiding and abetting. All have been fired.

Lucero said the changes go further than the department’s current policies. Any officer who doesn’t try to stop the improper use of force would face the same discipline as if they themselves had used improper force.

The agreement also would require authorization from the police chief or a deputy chief to use crowd control weapons such as tear gas, rubber bullets and flash-bang grenades. Such tactics have been used in Minneapolis and other cities in the past week to disperse protesters.

The stipulation also sets a process for the city and state to negotiate longer-term changes, such as changing state laws that make it difficult to fire problem officers.

Minneapolis police Chief Medaria Arradondo said in a statement that he “will continue to work on efforts to improve public trust, public safety and transformational culture change” of the Minneapolis Police Department.

“I will be bringing forth substantive policy changes,” said Arradondo, whose statement did not provide any details.

“This is a moment in time where we can totally change the way our police department operates,” Mayor Jacob Frey told the council. “We can quite literally lead the way in our nation enacting more police reform than any other city in the entire country, and we cannot fail.”

Meanwhile, a man who was with Floyd on the night he died told The New York Times that his friend didn’t resist arrest and instead tried to defuse the situation before he ended up handcuffed on the ground and pleading for air.

Maurice Lester Hall, a longtime friend of Floyd’s, was a passenger in Floyd’s car when police approached him May 25 as they responded to a call about someone using a forged bill at a shop. Hall told the newspaper that Floyd was trying to show he was not resisting.

“I could hear him pleading, ‘Please, officer, what’s all this for?’” Hall told the Times. 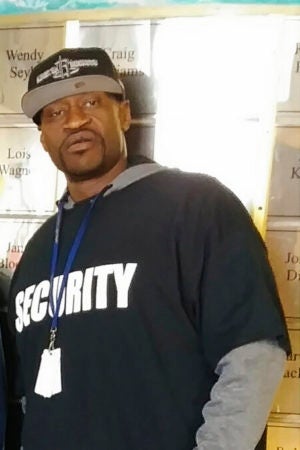 Authorities say Hall, whose name is spelled Morries Lester Hall in court records, is a key witness in the state’s investigation into the four officers who apprehended Floyd. Hall’s identity wasn’t made public until the Times’ report. Bruce Gordon, spokesman for the Department of Public Safety, said Hall initially gave a false name to officers at the scene.

Hall told ABC’s “Good Morning America” that the situation escalated quickly and police grabbed Floyd, put him in a squad car, dragged him back out and then “jumped on the back of the neck.” He said Floyd was put in an ambulance and that he didn’t know his friend had died until the next day, when he saw the widely viewed bystander video on Facebook.

“He was just crying out at that time for anyone to help because he was dying,” Hall told the Times. “I’m going to always remember seeing the fear in Floyd’s face because he’s such a king. That’s what sticks with me, seeing a grown man cry, before seeing a grown man die.”

Hall’s attorney, Ashlee McFarlane, told The Associated Press on Friday that Hall would not be doing any more interviews. She declined to comment further.