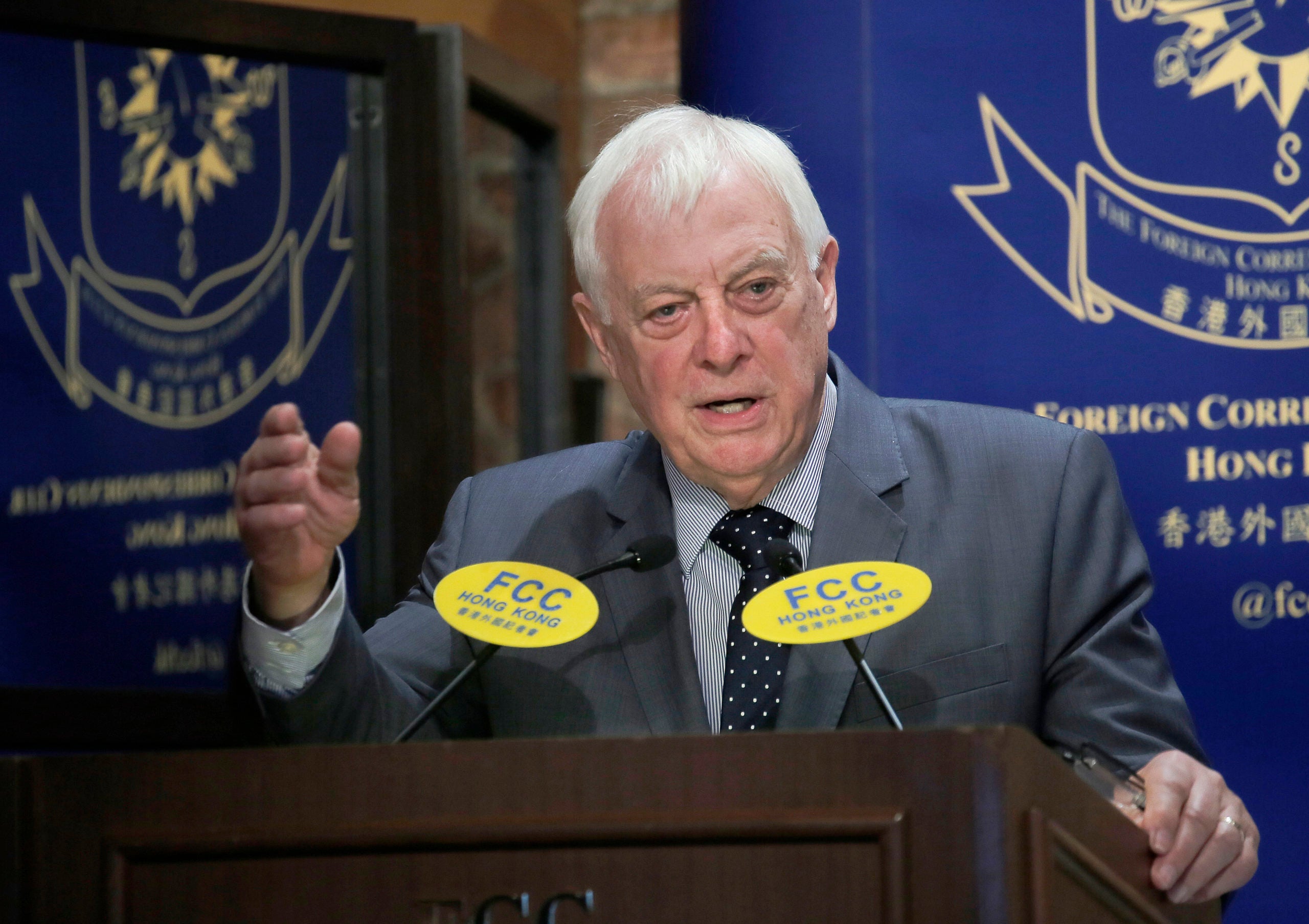 BEIJING — The last British governor of Hong Kong criticized the Chinese government on Friday over proposed national security legislation, calling it part of an “Orwellian” drive to eliminate opposition in violation of the agreement on handing the territory over to Beijing.

Chris Patten defended London’s announcement that it would grant residency and a path to citizenship for nearly 3 million Hong Kong residents if Beijing goes through with passage of the legislation.

The law is seen as potentially imposing severe restrictions on freedom of speech and opposition political activity in the former British colony that was handed over to Chinese rule in 1997. China has denounced the offer of citizenship as a violation of its sovereignty.

“If they’ve broken the (Sino-British) Joint Declaration, if they’ve thrown it overboard, how can they then use the joint declaration as though it stops us doing something that’s a sovereign right of ours?” said Patten, now chancellor of the University of Oxford, in an online talk with reporters.

The declaration is a bilateral treaty signed as part of the handover process. China has essentially declared it null and void, while Britain says Beijing is reneging on its commitments made in the document that was supposed to remain in effect until 2047.

China shocked many of Hong Kong’s 7.5 million people when it announced earlier this month that it will enact a national security law for the city, which was promised a high level of autonomy outside of foreign and defense affairs.

An earlier push to pass security legislation was shelved after massive Hong Kong street protests against it in 2003. However, Beijing appeared to lose patience after months of sometimes violent anti-government protests in Hong Kong last year that China said was an attempt to split the territory off from the rest of the country.

“What Beijing wants is something which deals with those rather worrying Orwellian crimes like sedition, whatever that may be,” Patten said.

China may also be seeking grounds to disqualify opposition candidates from running in September’s election for the local legislature by accusing them of being disloyal, he said.

Beijing has ignored promises that Hong Kong could democratize of its own accord after the handover, Patten said. The U.S. should unite with other democratic countries to oppose underhanded tactics by Beijing, he said.

“It’s the Chinese Communist Party which attacks us, which hectors, which bullies, which tells companies which have roots in our countries, that unless they do what China wants, they won’t get any business in China,” Patten said. “That’s the way the Mafia behave, and the rest of the world shouldn’t put up with it, because if we do, liberal democracies are going to be screwed.”