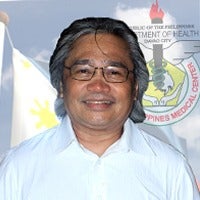 It was in 2008 when Vega became chief of SMPC, which was then called the Davao Medical Center (DMC).

Prior to this post, Vega served as Davao Medical School Foundation’s medical director from 2004 to 2008.

Vega earned his medical degree in 1979 at the University of the East Ramon Magsaysay (UERM) Medical Center.