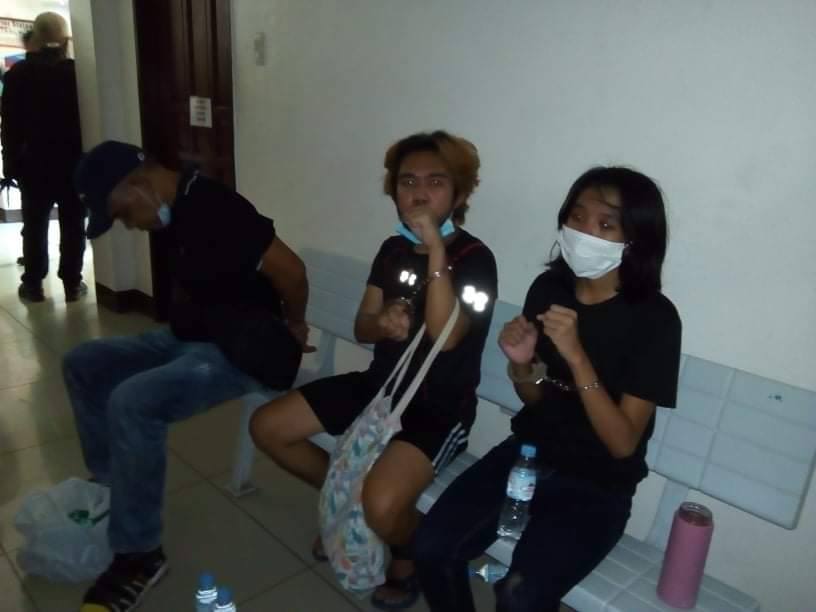 Cebu protesters were arrested by police for allegedly violating the government’s ban on mass gatherings. (PHOTO BY TUG-ANI)

CEBU CITY –– At least seven students and members of progressive groups in Cebu were arrested by police while holding a rally against the anti-terrorism bill in front of the University of the Philippines (UP) Cebu on Friday morning.

“We gave them 10 minutes to disperse, but they did not heed our call. Hence, we decided to arrest them,” he said in an interview.

The protesters were pulled and forced to board the police patrol cars before they were brought to the CCPO headquarters for booking and detention.

Paglinawan recently slammed the anti-terrorism bill’s “draconian” provisions and urged Cebuano lawmakers who voted for it to withdraw their support.