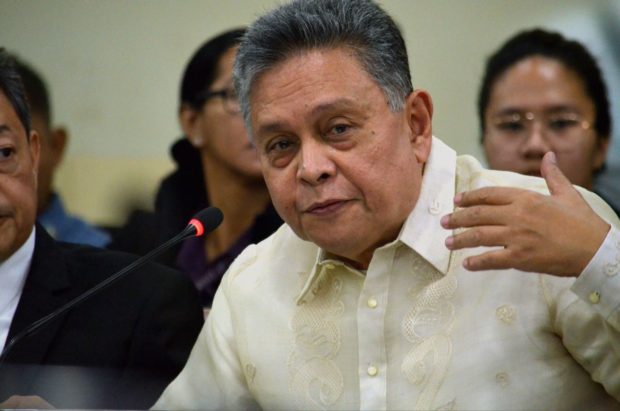 MANILA, Philippines — Can a dual citizen own and manage a media entity in the Philippines despite the strict ownership limits set by the Constitution?

Retired Supreme Court Associate Justice Noel Tijam took to Facebook to cast doubt on the loyalty and allegiance to the Philippines of Filipinos who acquired citizenship from another country.

“The Constitution does not recognize dual citizens as it proscribes dual allegiance as inimical to the national interest,” Tijam said in a Facebook post.

“In case of war between two countries a dual citizen is affiliated with, which flag shall he defend? The country of his birth or the country of his parents? Citizenship is based on allegiance, not convenience,” he added. His posts already had 1,300 shares, 590 comments, and 2,800 reactions.

FEATURED STORIES
NEWSINFO
Army loses track of 2 Jolo bombers after agents’ slay
NEWSINFO
Remulla apologizes for flag ceremony blunder, blames ‘ABS CBN people’ for ‘playing it up’
NEWSINFO
Barista gets over $74,000 in tips after woman without face mask shames him for not serving her

The statement that he never lost his filipino citizenship is a motherhood statement. Before one asserts his right to…

Although Tijam did not mention names, his posts came after ABS-CBN Corp. chairman emeritus Eugenio “Gabby” Lopez III appeared before the House of Representatives and clarified questions about his citizenship.

Lopez said both his parents are Filipinos but he does not have a Filipino birth certificate because he was born in the United States. He said he was given recognition by the Department of Justice and the Bureau of Immigration.

Tijam said: “Before one asserts his right to Filipino citizenship, one must demonstrate allegiance to the country and submit proof that he performed his duties as a Filipino,” Tijam said.

Such duties include participating in democratic processes like Philippine elections and paying taxes religiously under local laws on income derived from all sources, Tijam said.

The retired magistrate also debunked claims that Lopez acquired his Filipino citizenship by “jus sanguinis” or a principle of nationality law by which citizenship is determined by the nationality or ethnicity of one or both parents.

He said such principle is a “legal fiction” as he pointed out that “citizenship is earned, not inherited.”