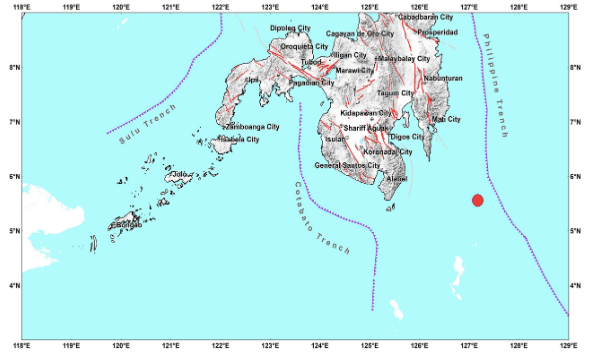 According to Phivolcs, the quake was of tectonic origin and had a 134-kilometer depth of focus.

Phivolcs also said the tremor was felt in other areas at various intensities:

While no damage may be expected from the earthquake, Phivolcs cautioned residents that aftershocks are likely.