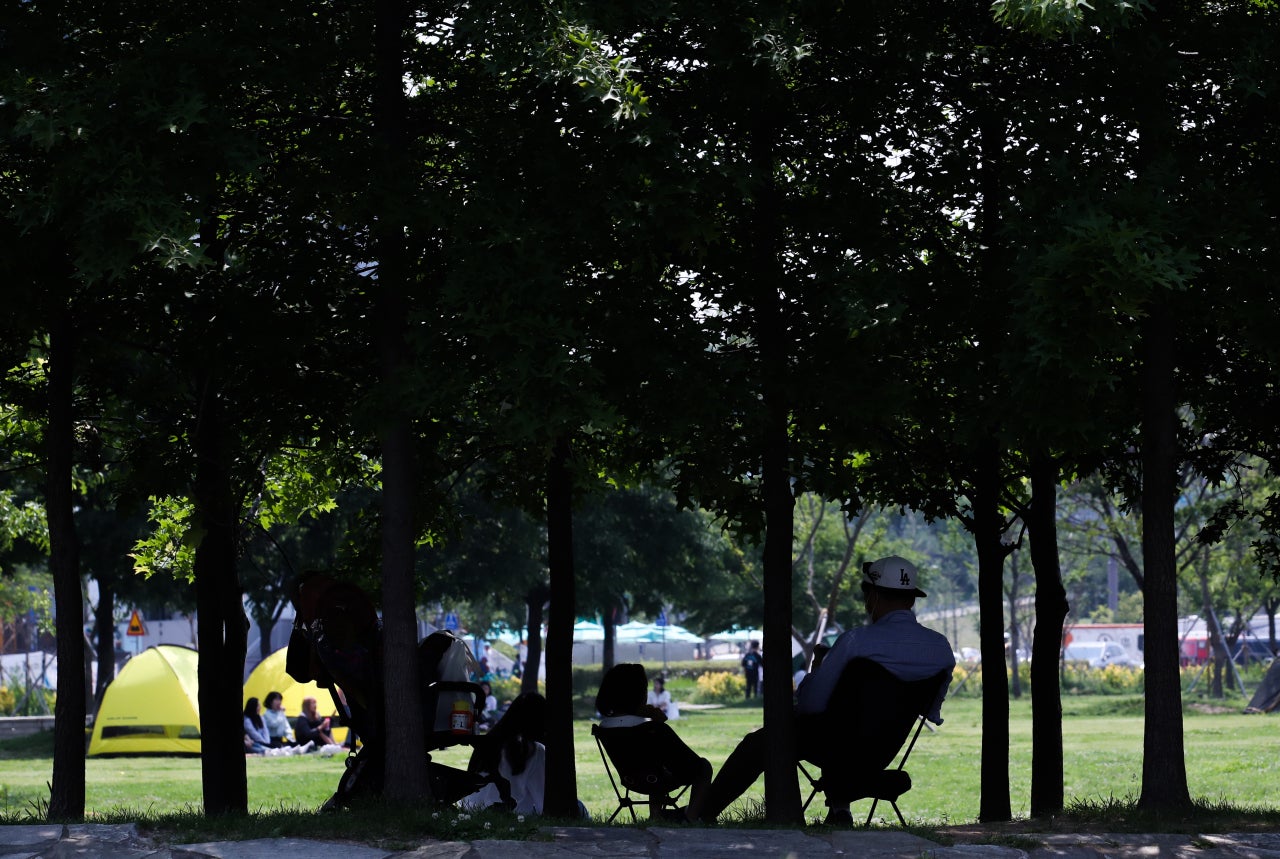 SEOUL — With the first heat wave advisory issued Thursday, South Korea is expecting this summer to be one of the hottest in decades.

Sweltering summer heat will likely arrive after the monsoon season, expected late this month, but authorities worry about the weather’s possible impact on the current novel coronavirus outbreak.

At 11 a.m. Thursday, the Korea Meteorological Administration issued this year’s first special heat wave alerts in Daegu and several other cities and counties in the South and North Gyeongsang and South Jeolla provinces.

The KMA forecast daytime temperatures would peak at 35 degrees Celsius in Daegu and between 28 and 35 C in other regions. That temperature level is more than 5 degrees higher than the 30-year average for the same date. The agency announced a day earlier that it will issue a heat wave advisory in Daegu and nearby regions, but expanded the scope in effect later.

The agency forecasts that there will be a greater number of hot days this summer compared to in the season last year, but believes this month will be relatively OK with less humidity before the monsoon season.

While the rainy period for the summer is forecast to arrive in the latter half of June, the agency predicted earlier that rainy days could start earlier depending on cloud movements.

As a hotter summer with a greater number of heat wave alerts is expected, authorities are worried people might be inclined to take off their masks or that masks could become less useful from sweat.

“This summer could be unprecedentedly difficult as we are facing the first summer while the COVID-19 outbreak is not over,” said Prime Minister Chung Sye-kyun in a meeting Wednesday. “The government must be more alert at this time and thoroughly prepare.”