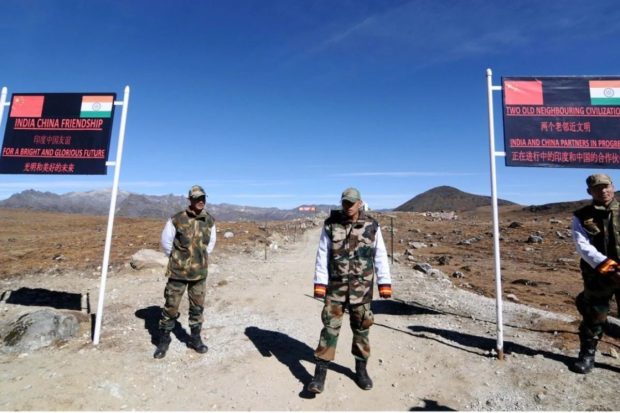 NEW DELHI — India and China are likely to hold top military-level talks on the ongoing dispute in eastern Ladakh along the Line of Actual Control (LAC) on June 6.

The talks have been requested by India and will be held in the Indian Border Point Meeting hut in Chushul-Moldo, an NDTV report said.

As Indian and Chinese troops remained engaged in a tense border standoff, Defense Minister Rajnath Singh on Saturday asserted that the government will not allow India’s pride to be hurt under any circumstances even as he said bilateral talks were on at military and diplomatic levels to resolve the row.

Asked about US President Donald Trump’s offer of mediation to end the face-off, Singh said he conveyed to US Defense Secretary Mark T Esper during a telephonic conversation on Friday that India and China have existing mechanisms to resolve “problems” through talks at diplomatic and military levels.

In the midst of the flare-ups between Indian and Chinese armies, Trump on Wednesday said he was “willing to mediate” between the two countries. He reiterated the offer on Thursday as well.

However, in a carefully crafted reaction to Trump’s offer to arbitrate, India said it was engaged with China to peacefully resolve the border row.

“We are engaged with the Chinese side to peacefully resolve it,” External Affairs Ministry Spokesperson Anurag Srivastava said last week.

“The two sides have established mechanisms both at military and diplomatic levels to resolve situations which may arise in border areas peacefully through dialogue and continue to remain engaged through these channels,” he said.

Meanwhile, China has directly rejected the mediation offer saying that there was “no need for a third-party intervention” between Beijing and New Delhi.

“Between China and India we have existing border-related mechanisms and communication channels,” Zhao told reporters and added “We are capable of properly resolving the issues between us through dialogue and consultation. We do not need the intervention of the third party.”

Several areas along the LAC in Ladakh and North Sikkim have witnessed major military build-up by both the Indian and Chinese armies recently, in a clear signal of escalating tension and hardening of respective positions by the two sides even two weeks after they were engaged in two separate face-offs.

The nearly 3,500-km-long LAC is the de-facto border between the two countries.

Indian and Chinese troops have remained engaged in an eyeball-to-eyeball situation in several areas along the LAC in eastern Ladakh, signaling that the standoff could become the biggest military face-off after the Doklam crisis in 2017.

The trigger for the face-off was China’s stiff opposition to India laying a key road in the Finger area around the Pangong Tso Lake besides construction of another road connecting the Darbuk-Shayok-Daulat Beg Oldie road in Galwan Valley.

Military sources said China was also laying a road in the Finger area which is not acceptable to India.

The sources said military reinforcements including troops, vehicles and artillery guns were sent to eastern Ladakh by the Indian Army to shore up its presence in the areas where Chinese soldiers were resorting to aggressive posturing.

The situation in eastern Ladakh deteriorated after around 250 Chinese and Indian soldiers were engaged in a violent face-off on the evening of May 5 which spilled over to the next day before the two sides agreed to “disengage”.

No breakthrough has taken place so far even as the India Army and China’s People’s Liberation Army held several meetings to resolve face-off in Eastern Ladakh at LAC.

It is learnt that there have been at least five rounds of talks between military commanders on the ground.

Meanwhile, there are reports of the Indian Army and the Chinese military moving in heavy equipment and weaponry including artillery and combat vehicles to their rear bases close to the disputed areas in eastern Ladakh.

The enhancement of combat capabilities by the two armies in the region came even as both countries continued their efforts to resolve the dispute through talks at military and diplomatic levels.

The Chinese Army has been gradually ramping up its strategic reserves in its rear bases near the Line of Actual Control or LAC in eastern Ladakh by rushing in artillery, infantry combat vehicles and heavy military equipment, sources were quoted as saying by PTI.

The Indian Army has also been moving in additional troops as well equipment and weapons like artillery to aggressively match up to the Chinese build-up, they said, adding that India will not relent till status quo is restored in Pangong Tso, Galwan Valley and a number of other areas.

A sizeable number of Chinese Army personnel entered into the Indian side of the de-facto border earlier this month and have been camping in Pangong Tso and Galwan Valley since then.

The Indian Army fiercely objected to the transgressions by the Chinese troops and demanded their immediate withdrawal for restoration of peace in the area.

The Chinese Army has ramped up their presence in Demchok and Daulat Beg Oldie too – the two sensitive areas with a history of skirmishes involving the two sides.

The Chinese Army is learnt to have deployed around 2,500 troops in Pangong Tso and Galwan Valley, besides gradually enhancing temporary infrastructure and weaponry. However, there is no official figure about the numbers.

Sources said satellite images have captured significant ramping up of defense infrastructure by China on its side of the de-facto border including construction activities at a military airbase around 180 km from Pangong Tso area.

The assessment by the Indian Army is that the build-up is aimed at putting pressure on India.