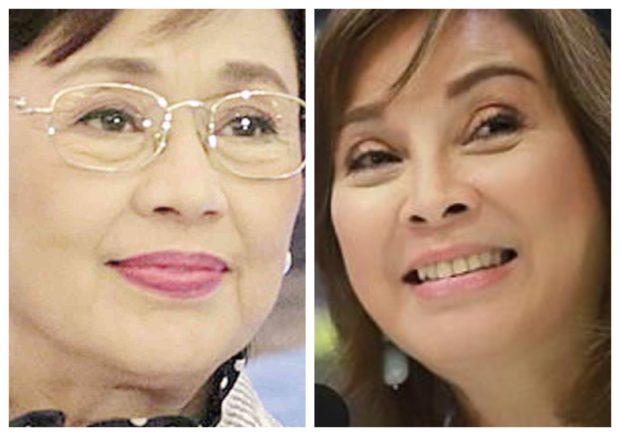 MANILA, Philippines — Two ranking lawmakers in the House of Representatives have denied authorship of the controversial Anti-Terror Bill which the lower chamber just approved.

In a Twitter post, Deputy Speaker Loren Legarda said she never signed a co-authorship form for House Bill No. 6875 or the Anti-Terror Bill.

“Just to clarify: I never signed a co-author form re anti-terror bill. In fact, I voted no to the measure,” Legarda said.

Just to clarify: I never signed a co author form re anti terror bill. In fact, I voted no to the measure.

A netizen replied to Legarda’s tweet with a screenshot of the lawmaker’s inclusion in the list of the principal authors of the bill.

But as of writing, Legarda’s name can no longer be seen in the list available on the website of the House of Representatives.

Meanwhile, actor Luis Manzano shared a message from his mother, Deputy Speaker Vilma Santos-Recto, who also said that she is not a principal author of the Anti-Terror Bill.

Santos-Recto, however, said that she was in favor of the bill “with reservations.”

“I am not a principal author of House Bill No. 6975. I’m in favor of it WITH RESERVATIONS. I have concern about the country’s national security policy,” Santos-Recto said in a message as shared by Manzano.

“I just hope that the law enforcement agencies will implement it in accordance with the Constitution, full respect to human rights and without any abuse whatsoever,” she added.

To everyone asking, here’s what my mom said about the anti-terror bill👍🏻👍🏻 pic.twitter.com/o1v7uioIUU

Earlier, Muntinlupa City. Rep. Ruffy Biazon, one of the main authors of the Anti-Terror Bill, withdrew his authorship of the measure and even voted against its passage.