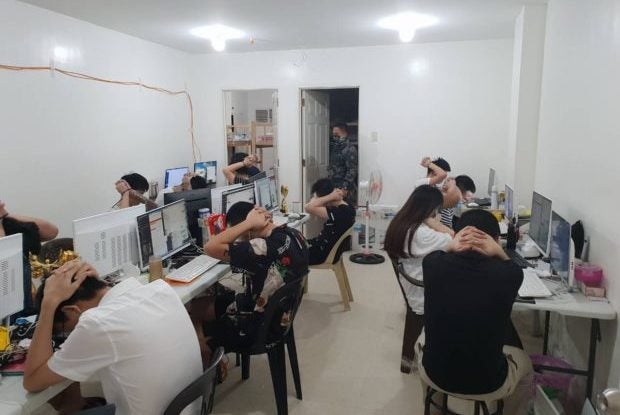 MANILA, Philippines — One hundred fifty-one foreign nationals were detained after police caught them working at a Philippine offshore gaming operators (POGO) firm which was allegedly unregistered in Quezon City on Tuesday night.

The NCRPO has yet to specify the nationalities of the arrested individuals.

The police staged the raid after receiving a tip from a confidential informant about an unregistered POGO operation in that location. This also prompted operatives to closely monitor and conduct a surveillance of  the area.

The following items were seized in the raid:

Police said they also received information from barangay officials that the POGO firm did not secure a permit.

Probers are also validating whether the POGO firm was registered with the Business Permit and Licensing Department (BPLD) in Quezon City.

NCRPO said the suspects are now under the custody of Regional Special Operations Group in Camp Bicutan, Taguig City for filing of appropriate complaints.