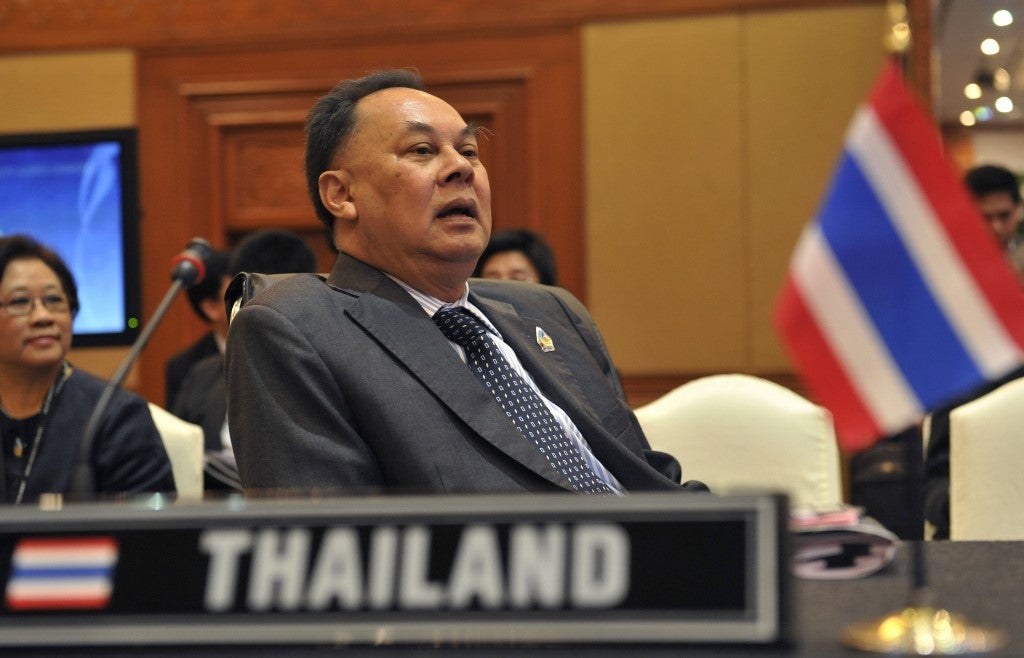 FILE – Thailand’s former diplomat Kasit Piromya at a meeting of the Association of Southeast Asian Nations (ASEAN) in Jakarta, Indonesia, in 2011. AFP PHOTO

MANILA, Philippines—Kasit Piromya, a former Thai diplomat and human rights advocate, expressed his concern over the Anti-Terrorism Act saying it could be used as a tool of Philippine President Rodrigo Duterte’s to “silence critical views.”

Piromya, one of the board members of the ASEAN Parliamentarians for Human Rights, urged the Philippine House of Representatives to vote against the bill that has “loosely defined terrorism” thus making it open for abuse.

“This is an extremely concerning development, and the Philippine House of Representatives must vote against the bill,” said Piromya in a statement. “Not only does the proposed law very loosely define terrorism, leaving it open to abuse, it also allows authorities to arrest suspected terrorists without warrant.”

Piromya was Thailand’s ambassador to the United States, Germany, Japan, Indonesia, Papua New Guinea, and the once Soviet Union and was also the country’s Foreign Minister from 2008 to 2011.

One of the senators who openly criticized Duterte was Senator Leila De Lima, who was imprisoned in 2017 on drug-trafficking charges.

Under the Anti-Terror Act, or Senate Bill 1083, actions that “intimidate the general public or a segment thereof, create an atmosphere or spread a message of fear, to provoke or influence by intimidation the government or any of its international organization, or seriously destabilize or destroy the fundamental political, economic, or social structures of the country, or create a public emergency or seriously undermine public safety.”

The Senate Bill 1083 repealed House Security Act of 2007 wherein those wrongfully accused of being terrorists are due for a per-day compensation of P500,000.

Warrantless arrest will also be allowed under the Anti-Terror Act, which House Committee on Human Rights chair Bong Suntay argued as unconstitutional.